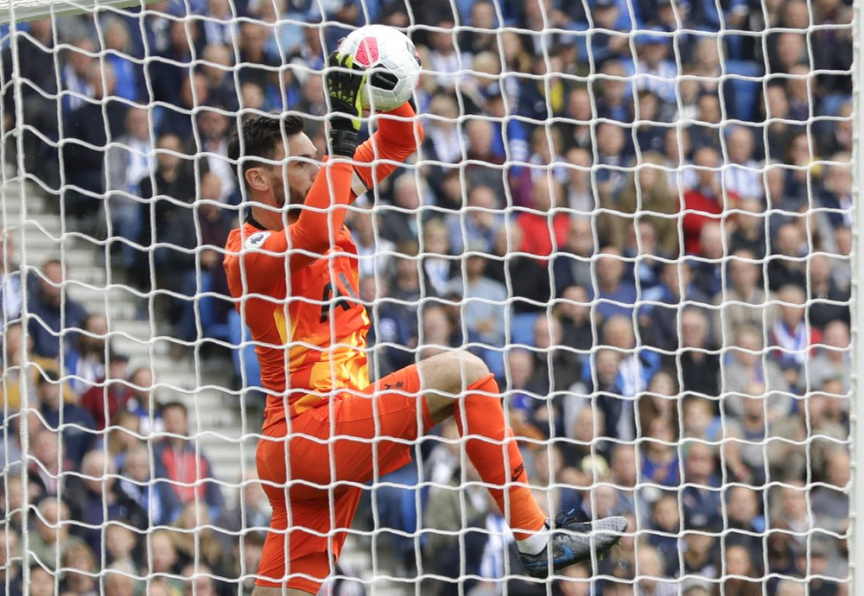 Lloris sustained a dislocated left elbow early in Tottenham’s 3-0 loss at Brighton in the Premier League on Saturday, when he landed awkwardly after falling backward to the ground.

“He will not be back on the field in 2019, it’s a near-certainty,” France coach Didier Deschamps said Monday.

Tottenham later said Lloris had “suffered ligament damage and is not expected to return to training before the end of 2019,” though ruled out the team captain needing surgery.

“Hugo is currently in a brace,” Tottenham said in a statement, “and will now undergo a period of rest and rehabilitation.”

Deschamps was speaking Monday in Paris ahead of two upcoming France games in European Championship qualifying, away to Iceland on Friday and at home to Turkey three days later.

Leicester in biggest EPL win with 9 over Southampton