Shareef: Anti-terror bill will be revised in line with constitution 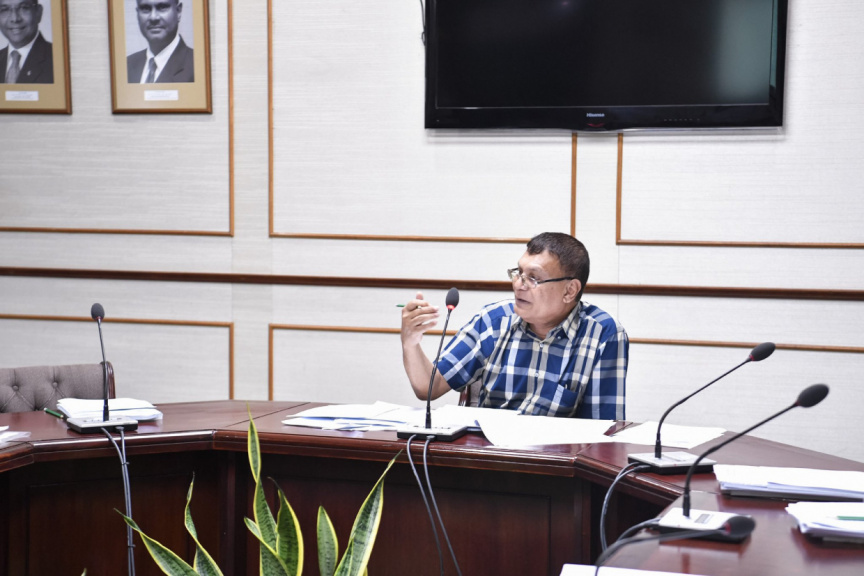 Maradhoo MP and chair of Committee on National Security & Foreign Relations, Ibrahim Shareef (Mavota Shareef) have stated that when the Committee process of the Anti Terrorism Bill is complete, the bill would not violate any part of the constitution.

The bill currently in the Committee phase includes a broad definition of terrorism and gives Police a vast amount of power that has seen some MPs express concern over it.

MP Shareef stated to "Sun" that the Committee will check whether the bill violates any part of the constitution and that it will not include any such violations when the Committee is done with it.

Work was being carried out on the bill in a fashion that would not lose the government's aims and also take into account the ideas and concerns of people, according to MP Shareef.

The proposed amendments in the bill would allow police to detain and search people without a warrant and also detain people for 48 hours without a court warrant among other additional powers. Some of the fundamental rights of the detainees can also be withheld under these amendments.

Why Committee meetings are held behind closed doors

Shareef then stated that people from all levels and their honest and earnest views were needed in forming such laws.

"When a technical debate is on hand, some people refuse to provide information due to the whole event being shown on open TV. So we have to take into account their safety and security as well," said Shareef.

The work on the bill is scheduled to be completed by today and has led to accusations of hastiness in the bill's work by the opposition parties.