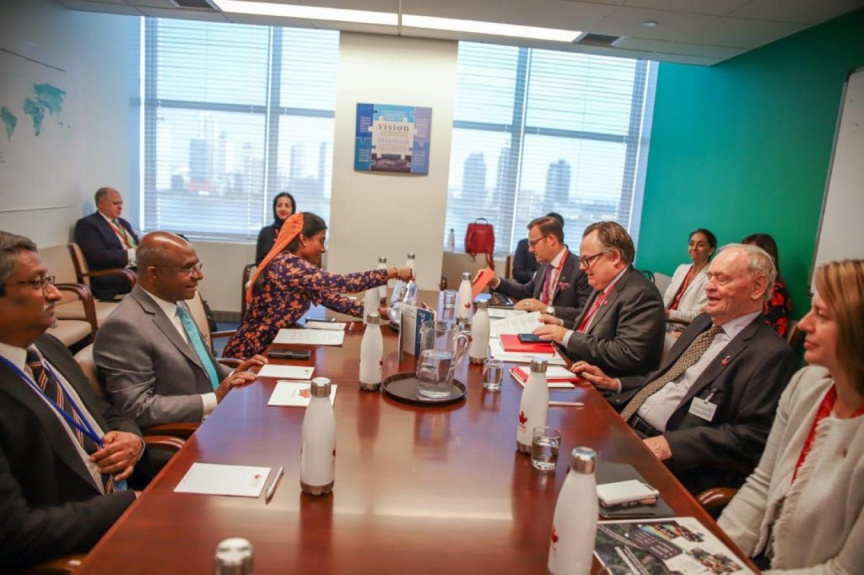 The meeting saw discussions take place regarding the Maldives joining the Commonwealth again and strengthening ties between the two countries in the educational, business and tourism sector.

Minister Shahid also met with the Foreign Minister of Bahrain Khalid bin Ahmed Al Khalifa. The minister's talked regarding the air services agreement between the two countries among other things.