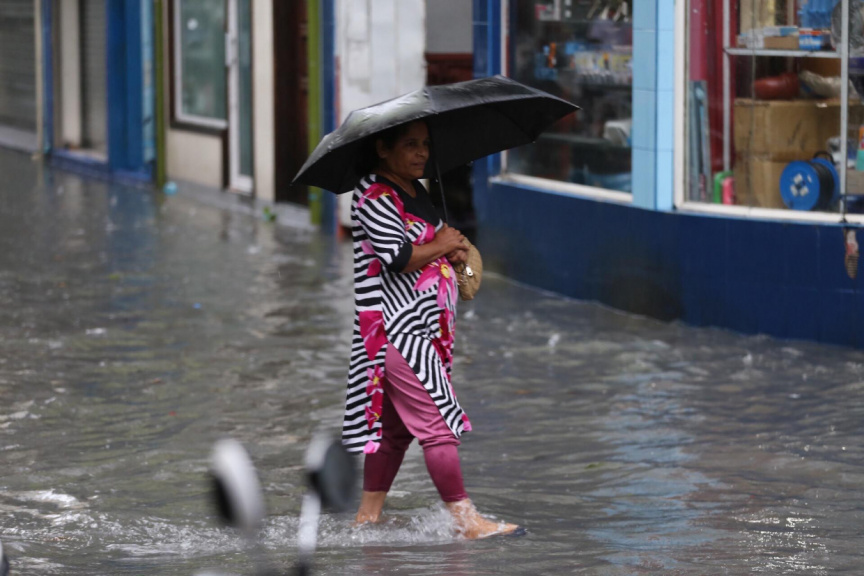 Roads in the capital Male' city were flooded due to the heavy rain over the last two days. (Sun Photo/Fayaz Moosa)

Maldivian Food and Drug Authority (FDA) has stated that rumors and concerns that the capital was being affected by acid rain following the devastating fire incident on Friday night was not true.

Concerns by many of the public that acidic elements could be in the rain that the capital was experiencing over the last two days were rested by the FDA which stated that it had taken samples from the rain and tested it and had found no traces of acidity or any other poisonous material in it.

To address the public concern of acid rain due to #FireIncident in Malé (20/09/19), rainwater was collected and tested on 21/09/19 which concludes that the rain water was not acidic.@MoHmv @HPA_MV @NDMAmv @EPAMaldives

Friday's incident saw a large part of the capital affected by smoke from the fire. The fire in a densely populated neighborhood of Henveiru in Male' city took authorities nearly four hours to completely subdue. There were still some traces of smoke in the area yesterday and the public has been advised to put on masks if in the area.