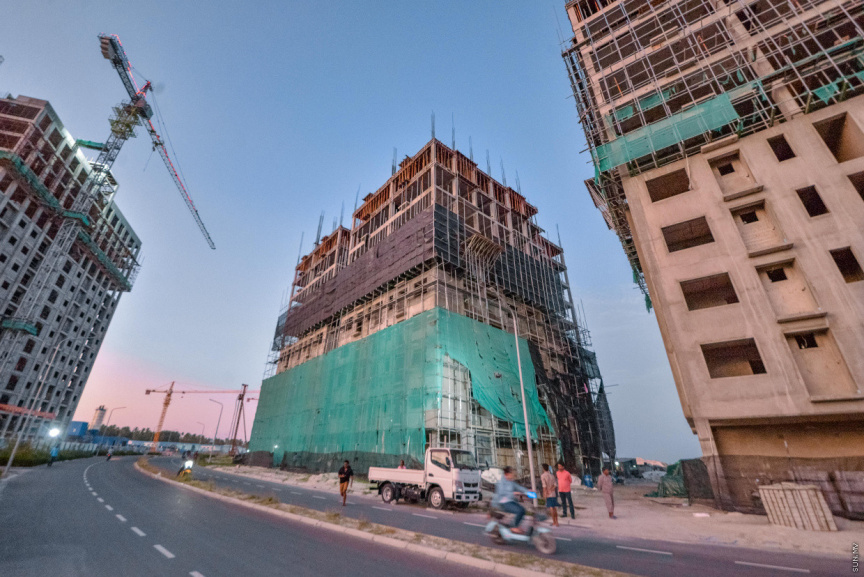 Construction site from where the migrant worker fell and died (M); The site has now been temporarily closed. (Sun Photo/Mohamed Afrah)

The construction site where a migrant worker fell from the eighth floor of a building and died last Wednesday has been temporarily closed by the Planning Ministry.

The 37 year olf Bangladeshi migrant worker died en route to the hospital around 12:00 in the afternoon last Wednesday. Planning Ministry media officials stated that the closure of the site was due to the results of an inspection by the Ministry which found that safety measures were not of the satisfactory standard.

"We have now asked for a security analysis report of the site, due to our inspection which showed that safety measures were not of the adequate standard," said the official.

The flats under construction at the site were specialized for MPL staff.

How did it happen?

Journalists from "Sun" visited the site where Bahadhur (Migrant worker) fell from the eighth floor and died. They also spoke with some of Bahadhur's friends regarding the matter. His co-workers and friends stated that Bahadhur was removing some scaffoldings on the side of the building when he lost his footing and fell. He was not wearing a safety harness of a hat when he fell, according to his friends.

The Planning Ministry has issued 13 regulations regarding building safety. The Ministry is also checking whether companies were abiding by the newly issued regulations as well.

''Airports will not be given to foreign companies''