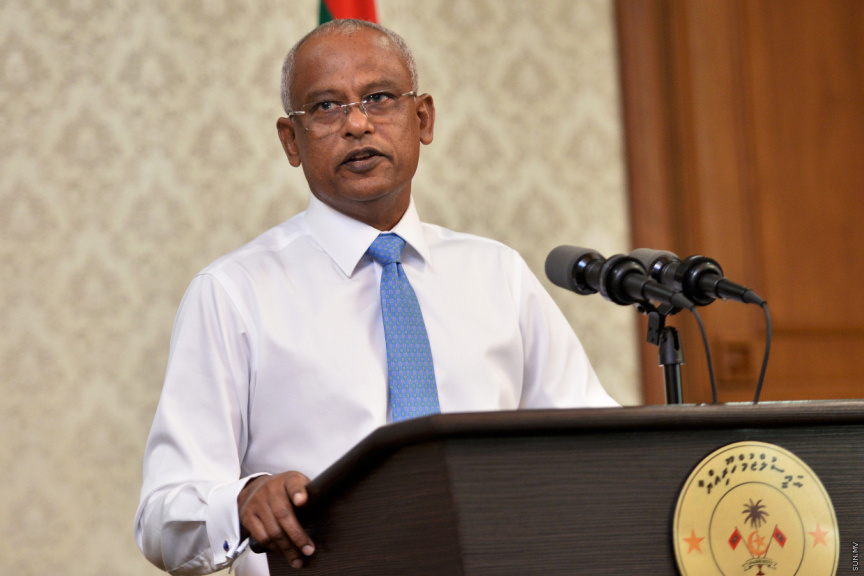 President Ibrahim Mohamed Solih has announced plans to terminate lease agreements for some of the islands leased in connection to the MMPRC embezzlement case, and to extract fair acquisition costs for the rest.

The total amount that the government is yet to receive was around USD 129 million, this was after the USD 91 million paid by the companies in the scandal were cut. The President stated that the final report of the Asset Recovery Commission was being concluded and that actions would be taken in regards to the report. The President also stressed that this would be done in a manner that would not see the Maldives lose investor confidence.

"We will start the work on obtaining the rightful payment for these islands when the report is filed. We will also terminate any agreements of the scandal that we can right now," said the President. The President divulged that one such agreement for an island had been terminated two days ago but did not specify which island it was.

"We have to be careful and think before we take action. We are talking about leased islands under construction and operation. So the government has to find a solution that will not see the country lose investor's confidence," said the President.

President returns to Male’ after tour of HDh. Atoll

''Govt. committed to projects such as Cross Roads''