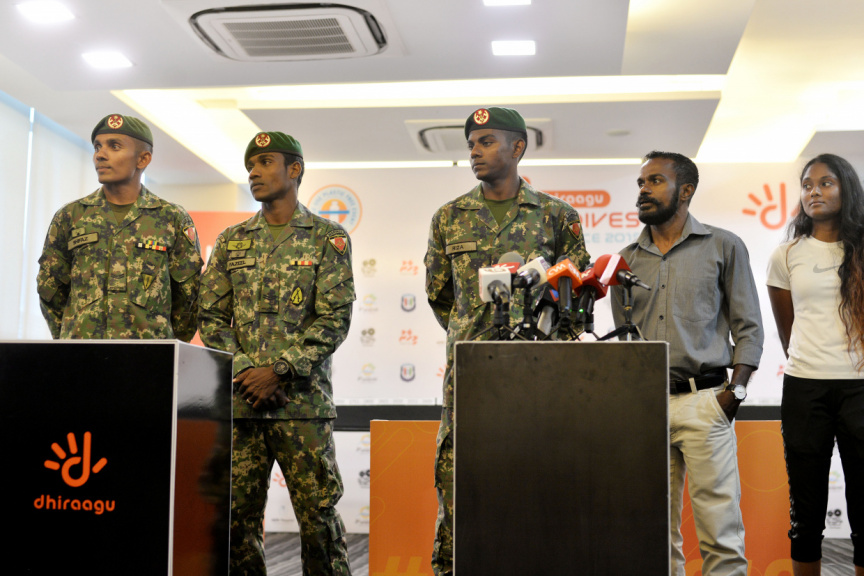 Dhiraagu Road Race will be taken part by professional runners from all over the Maldives this year. The race, officially registered on Association of International Marathons and Distance Races is held in two categories this year and participants are already eyeing national records in the race.

Hussain Fazeel Haaroon who has broken previously the record for the 10 km run stated that his target is to break the records in both categories this year. He was speaking at a news conference for professional runners in the country held in the Dhiraagu head office today.

Another runner Hussain Riza stated that his full potential will be on display at this year's race. Some other notable professional runners from the country Shifaz Mohamed, Mariyam Abdul Kareem, and Aishath Jaisha also took part in the news conference today. Every runner stated that they were targeting to beat the best time set and break records in this year's race and