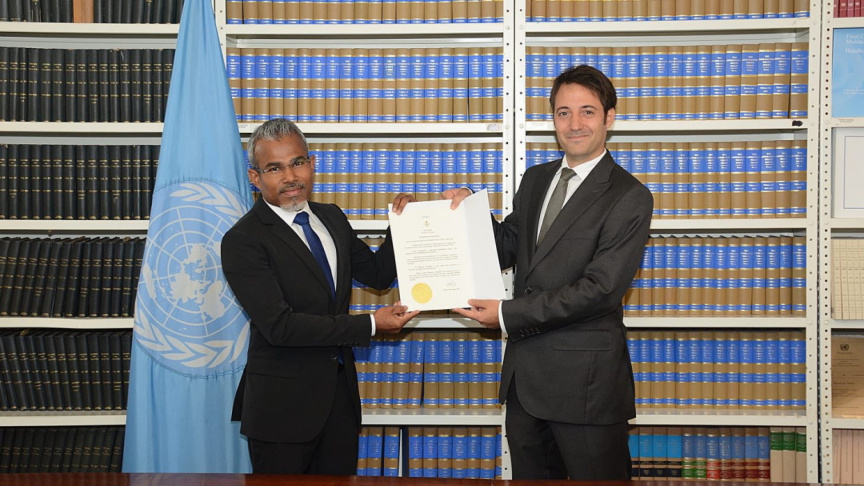 The Maldives has signed the Convention on Recognition and Enforcement of Foreign Arbitral Awards - better known as the New York Convention.

The convention focusing on the recognition and enforcement of foreign arbitral awards and the referral by a court to arbitration was first implemented during a diplomatic conference of the UN in 1958. The convention was signed by Attorney General Ibrahim Riffath on behalf of Maldives.

The accession to New York Convention by the Maldives is a historic milestone. It reiterates GoM’s commitment to improve and enhance ADR mechanisms in the Maldives and create a more enhanced investment climate for businesses and promote investor confidence. @MIArbCenter @MVPMNY pic.twitter.com/cr9XlVZHFR

The Maldives became the 161st country to participate in the convention.

'Right to info is the cornerstone of accountability'

Govt. to revise framework for recruitment of migrants