MP Azim: Anti-Terrorism bill concerns present and to be shared 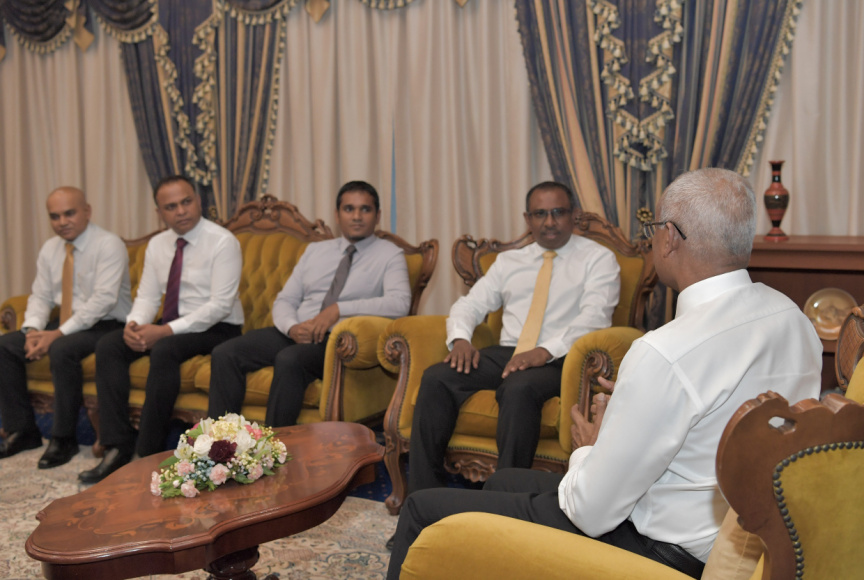 MDP PG Leaders; MP Azim has stated that there are concerns among MP's regarding the amendments to the Anti-Terrorism Act. (File Photo/President's Office)

Central Henveiru MP and MDP PG leader Ali Azim have stated that the amendments to be brought to the Anti-Terrorism Bill have party members concerned and that these concerns will be shared with the relevant institutions when discussions on the matter are held.

The amendments by South Henveiru MP Hussain Shameem at the parliamentary session held on Thursday out of schedule would give police a lot of powers. MP Azim stated that MDP had spent the last seven years fighting for fundamental rights that would be narrowed by the amendments in the bill. MP Azim also questioned what the benefits were that would be gained from withholding these rights.

MP Azim also posed questions regarding why these sweeping changes were proposed for the bill when the country already had laws to deal with terrorism. The reasons for these changes should be explained in the bill according to MP Azim.

Concerns of the MPs will be shared with the Attorney General and Police, according to MP Azim. The new amendments would allow police to detain and search people without a warrant and also detain people for 48 hours without a court warrant. Some of the fundamental rights of the detainees are also withheld under these amendments.