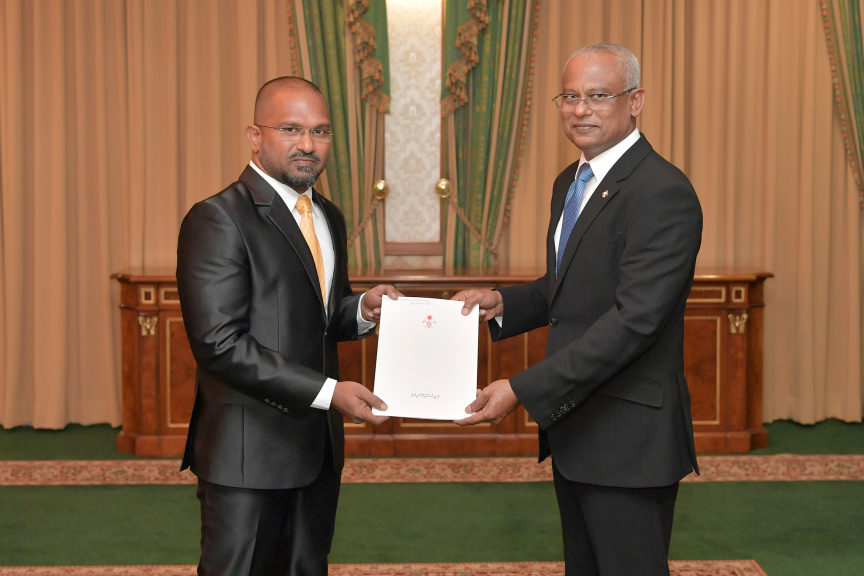 Mohamed Jinah (L) is presented with his letter of appointment as the Maldivian ambassador to Thailand by President Ibrahim Mohamed Solih (R) on September 12, 2019. (Photo/President's Office)

Jinah was presented with his letter of appointment in a ceremony held at the President’s Office this Thursday.

Jinah previously served at managerial posts in private business organizations, and had been serving as the group general manager of Green Paradise Private Limited prior to his appointment.