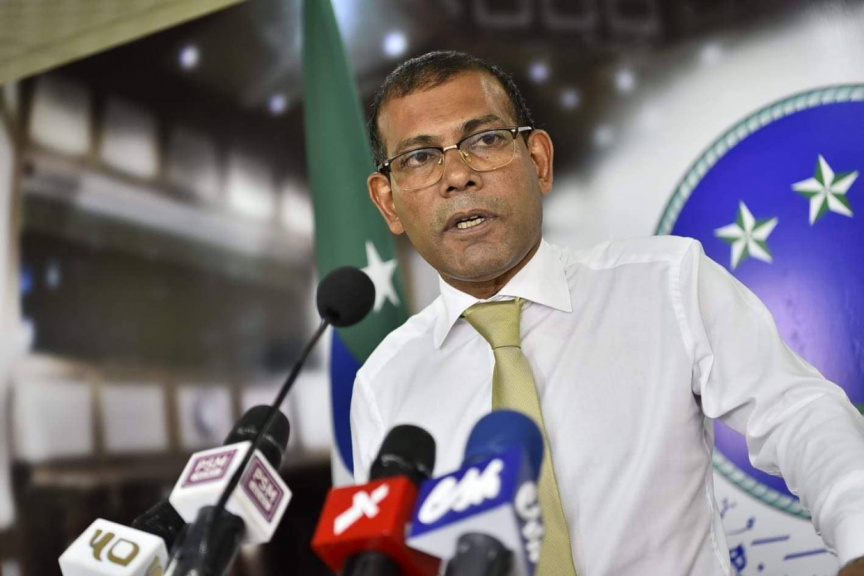 Maldives Police Service and MNDF have issued statements contradicting claims of surveillance by the Speaker of the Parliament Mohamed Nasheed.

The statement by Police read that there is no impending danger to the former president and the current Speaker of the Parliament Mohamed Nasheed, shortly before the Maldives National Defense Force (MNDF) also released a statement refuting the Speaker's claims that he was under surveillance by police.

Maldives Police Service published a statement after Speaker Nasheed accused the police that he had been informed by MNDF that he was under surveillance by police. The statement by Police stated that it had not noticed a danger to the speaker and that it had not received such a report as well but stopped short of confirming whether Nasheed was under surveillance or not.

"The service guarantees that any danger to the speaker from any source will be assessed in the right manner and steps regarding safety and security will be undertaken by the police in such a situation," read the statement by Police.

Police also stated that individuals for whom security has to be provided will be done so in collaboration with MNDF.

The statement by police was echoed by MNDF which stated that no danger to the Speaker of the parliament from any source had been noticed by the military. It also read that MNDF guarantees that any precautionary measures will be taken by MNDF due to information from an open-source.

Nasheed was speaking at the MDP's national congress when he criticized the police and accused the institution of placing him under surveillance per information provided by MNDF.

"I have been facing a lot of dangers that I know of. I was informed by MNDF three nights ago that the police were monitoring and keeping me under surveillance. I believe that this is something that might be done by the Police," said Nasheed.

Solih: Will arrest ‘anyone necessary’ in Rilwan case