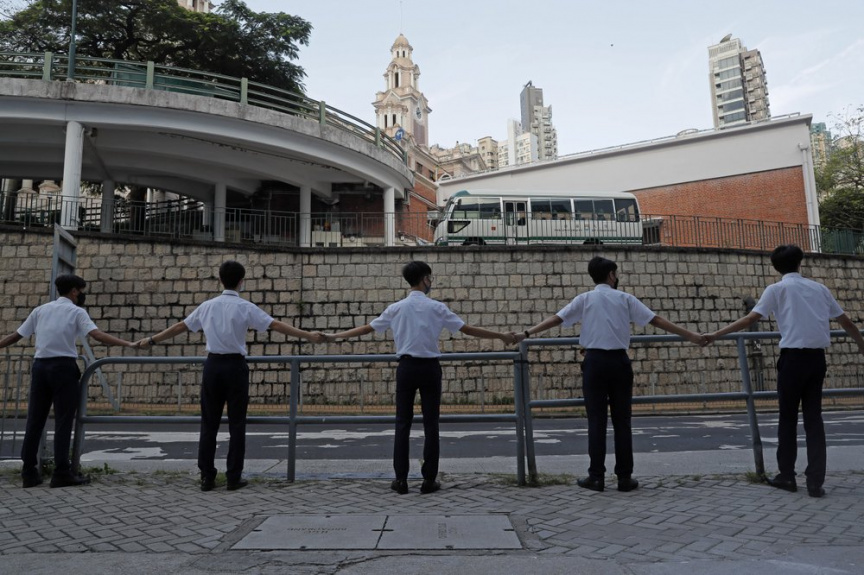 HONG KONG (AP) — Thousands of students are forming human chains in schools across Hong Kong to show solidarity after violent weekend clashes to push for democratic reforms in the semi-autonomous Chinese territory.

The silent protest Monday comes as the Hong Kong government condemned the “illegal behavior of radical protesters” and warned foreign governments not to “interfere in any form in the internal affairs” of the city.

Hong Kong’s government agreed last week to withdraw an extradition bill that sparked a summer of protests, but demonstrators want other demands, including direct elections, to be met.