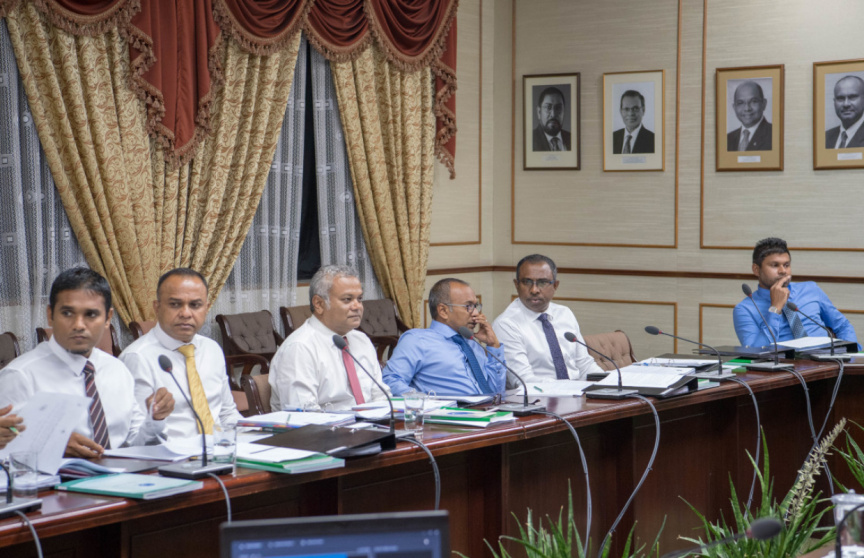 Some members of the Committee on National Security Services. (Photo/Parliament)

The parliament will go into recess tomorrow, however, the Committee on National Security Services (241 Committee) will remain working according to the Speaker of the Parliament Mohamed Nasheed.

"The report by the Presidential Commission on Investigation of Murders and Enforced Disappearances will be concluded today. The (241) Committee can then carry on its work regarding the report. I do not have any withholdings against any other members of the parliament going on holiday. However, the Committee on National Security Services needs to carry on its work throughout September," said the Speaker Nasheed.

The report of the Presidential Commission is now being debated in the parliament, after which it will be sent to the Committee. MP for Thulhaadhoo Hisaan Hussain had proposed three measures regarding the report yesterday.

The Commission on Murders and Enforced Disappearances revealed on Sunday that three witnesses have come forward to testify that journalist Rilwan, who had been missing since 2014, was abducted, forced into a car, put on board a dinghy boat, transferred to another vessel, and then murdered by decapitation in the early hours of August 8, 2014.