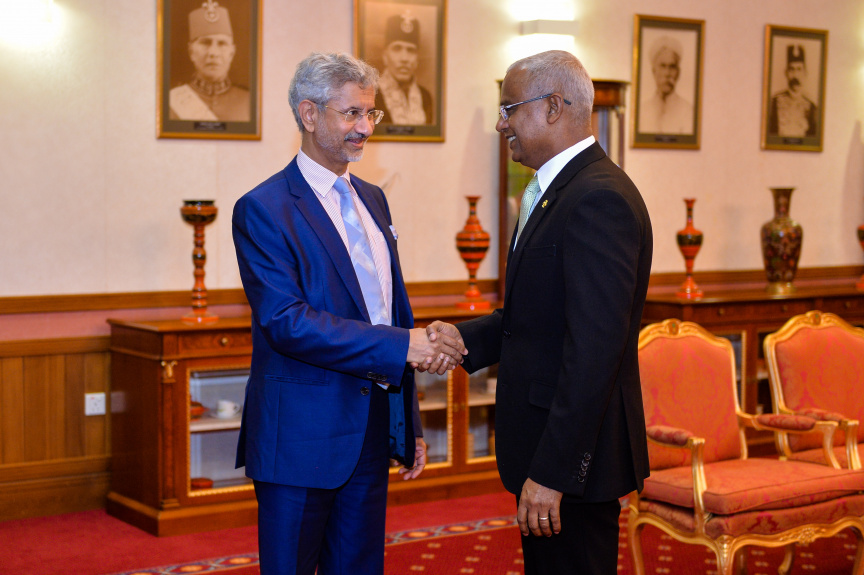 Jaishankar – who is in Maldives on an official visit to attend the 4th Indian Ocean Conference – called on President Solih at the President’s Office this Wednesday.

President Solih and Jaishankar, during the meeting, discussed existing areas of bilateral cooperation between Maldives and India, including socio-economic development, trade, security and regional governance.

They noted that the areas of bilateral cooperation had been further facilitated by recent agreements and MOUs signed between Maldives and India.

They also noted that the ongoing 4th Indian Ocean Conference was an opportunity to explore new avenues of bilateral cooperation.

During the meeting, President Solih congratulated Jaishankar on his appointment as External Affairs Minister, conveyed his condolences on the passing of his predecessor, Sushma Swaraj.

He said that Swaraj had been a public servant of the highest caliber and said that her passing had been a great loss to India.

Meanwhile, Jaishankar, during the meeting, expressed his commitment to maintaining bilateral relations between Maldives and India.