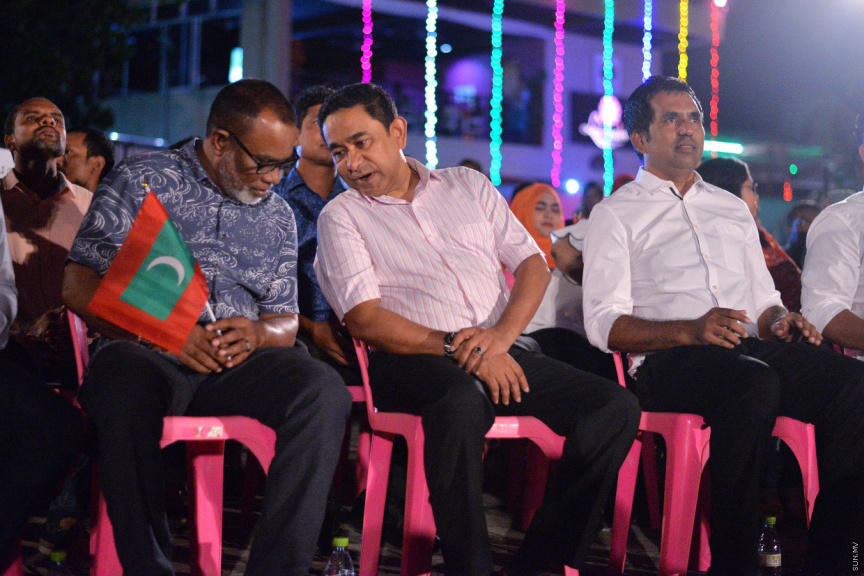 The opposition political party of former President Abdulla Yameen, Progressive Party of Maldives(PPM) has stated that the information regarding the case of missing journalist Ahmed Rilwan was investigated and found during the former President Yameen's administration.

President Yameen was in power when Rilwan went missing on August 7, 2014, and the former administration failed to provide answers for the case to the public and Rilwan's family when the administration changed.

Presidential Commission on Murders and Enforced Disappearances revealed yesterday that Rilwan had been kidnapped and forced into a red car near his residence. He was then taken to a dinghy which in turn left for a boat somewhere out on the ocean.

Rilwan was killed on the boat by strangulation with a net by the men who kidnapped him, according to the evidence obtained by the Commission. The Commission president Husnu Al Suood had alleged that the former President Yameen had attempted to impede the investigation and redirect it.

PPM answered to this allegation with a statement it set out today. The statement read that the information revealed by the commission was found by the police during president Yameen's administration. The statement also read that this proves that the allegations against the former president and government leaders of trying to deviate the investigation were baseless and without evidence. PPM also condemned the actions of the current administration and the institutions involved in the matter.

President of the Commission, Suood also stated in yesterday's press conference that the Commission had obtained evidence regarding the allegations towards former President Yameen.

Suood also stated that there was no constructive link between Rilwan's disappearance and President Yameen and thus the commission would not bring charges against the former president in the case.