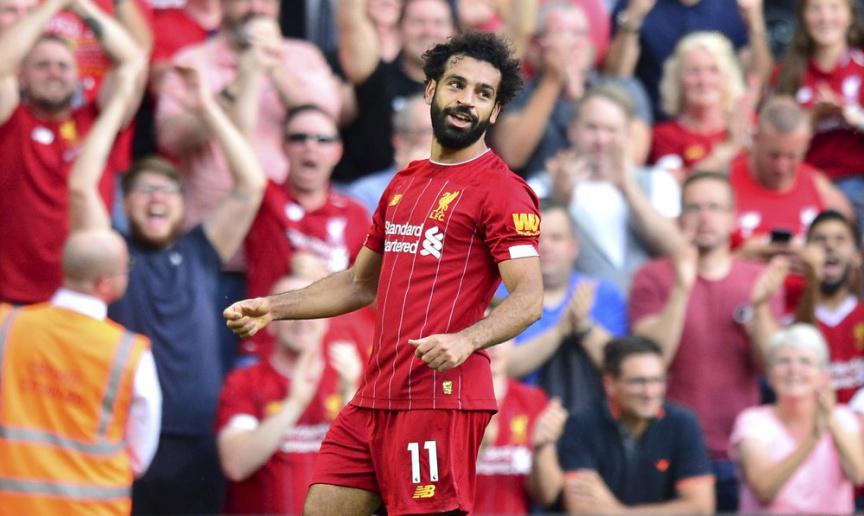 GENEVA (AP) — Ajax has completed the 32-team Champions League lineup that sees Liverpool spearhead another English challenge in the group-stage draw on Thursday.

Runner-up Tottenham is joined in the pot of second-seeded teams by Ajax, its semifinal opponent last season which advanced from the playoff round on Wednesday.

England seeks to lift European soccer’s most iconic trophy for the 14th time. Spain has a record 18 titles, though those were won by just two clubs — 13 for Real Madrid, five for Barcelona. Five different English clubs have won the competition which kicked off 64 years ago.

The 32 teams, from 16 different countries, will again share prize money of 1.95 billion euros ($2.16 billion) from UEFA. The total revenue is 3.25 billion ($3.6 billion) for broadcasting and commercial sales across the Champions League, Europa League and season-opening Super Cup.

The title winner in Istanbul on May 30 should get at least 100 million euros ($111 million). All 32 clubs get a basic fee of 15.25 million euros ($16.9 million) plus more based on match results, a share of national television rights, and a ranking of their historical record in UEFA competitions.

UEFA’s seeding for pots 2 to 4 grades teams by their Champions League and Europa League results in the previous five years. Last season, Liverpool and Ajax both emerged from pot No. 3.

Of 11 former European champions in the draw, four will come from the pot of second-seeded teams: Real Madrid, Borussia Dortmund, Ajax and Benfica.

Third-seeded teams include Salzburg, which is entering the group stage for the first time in 24 years with new American coach Jesse Marsch. The Austrian champion had several playoff failures when owned by energy drink maker Red Bull.

Atalanta from Italy makes its Champions League debut as a dangerous outsider among low-ranked teams. Leipzig and Lille, the French runner-up, are also teams from Europe’s big five leagues which landed in pot No. 4.

Leipzig can be in the same group as Salzburg due to UEFA deciding two years ago there was no conflict of ownership interest after Red Bull cut some ties to the Austrian club. The teams played in the same Europa League group last season.

UEFA restrictions in the draw prevent teams from the same country being in the same group, and keeps Russian and Ukrainian teams apart due to political tensions. That rule was imposed in 2014 after Russia annexed the Crimea region from Ukraine.

RUSSIA UP, PORTUGAL DOWN

Russia’s rise to be UEFA’s sixth-ranked national league, with two guaranteed places, has exposed a relative decline of Portugal’s clubs.

Only Benfica is in the draw after Portugal had three teams in the 2017 group stage and two last season. The league runner-up now enters the third qualifying rounds, and Porto was ousted by Krasnodar, a Russian debutant which lost in the playoffs to Olympiakos on Tuesday.

For the second straight season, Red Star Belgrade was the only team that advanced through four qualifying rounds since early July.

Red Star, in pot No. 4, can be drawn with third-seeded Dinamo Zagreb, its big rival in the former Yugoslavia national league which broke up in 1991.