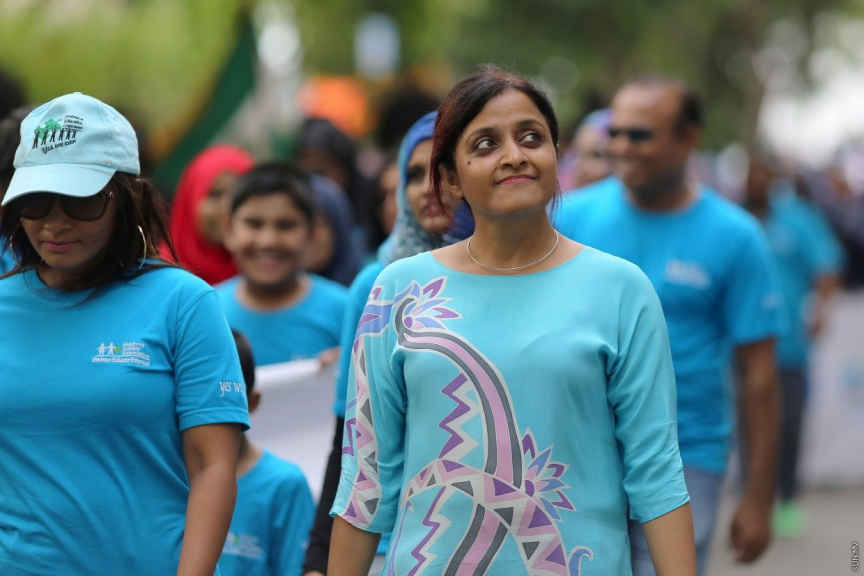 Former Foreign Minister Dunya Maumoon says the appointment of female justices to the Supreme Court is not debatable, or a topic for division.

Dunya, in an exclusive interview to Sun this Saturday, hailed the decision by President Ibrahim Mohamed Solih to appoint female justices to the country’s top court as a major stride towards women empowerment in Maldives.

She has congratulated the President’s nominees; Dr. Azmiralda Zahir and Aisha Shujoon.

Dunya said that many Islamic scholars have established that women and men have equal rights in judiciary. She also noted that Islamic countries such as Malaysia, Afghanistan, Bangladesh and Pakistan have appointed female judges including chief justices.

“The ability to make sound decisions does not depend on gender,” she said.

The decision to nominate females to the Supreme Court has also been hailed by Dunya’s father, former Maldivian President Maumoon Abdul Gayoom.

Maumoon, in a statement via his official Twitter account, said that multiple prominent Islamic scholars of the past and present have established Islam does not prohibit women from being appointed judges.

“Scholars of the past including Al-Tabari, Ibn Hazm, and Hasanul Basri, as well as modern time scholars including Yusuf al-Qaradhawi, Abdul Kareem Zaidan, and Saeed Ramadan concur that women serving as judges in permitted in Islamic religion,” said Maumoon.

Dunya said that Maumoon was a respected Islamic scholar, both locally and internationally, and that his statement on the issue is therefore credible.

“I have full confidence in my father. I am sure what he’s saying is of substance,” she said.

She also expressed her confidence in the soundness of the Maldivian administration’s decision to appoint female justices.

She said that the Maldivian administration must have made the decision after proper thought and research, given Maldives is a 100 percent Islamic country, and the Maldivian Constitution is based on the principles of Islam.

“I don’t believe this is cause for debate or division. This is a sound and important decision. I want to see the government go through with this decision,” said Dunya.

She said that any difference of opinion over the issue must be resolved through peaceful discussion in accordance with the principles of democracy.

Maldives appointed its first female judges in 2007 during Maumoon’s administration.

Dunya noted that the Maumoon’s decision in 2007 had been controversial at the time, but that she believed women continued to serve as judges because it was acceptable to the majority of the general population.

While Dunya praised the current administration for its effort to empower women and reduce gender disparity, she also stressed the need for greater effort in the arena.

The President’s decision to nominate females to the Supreme Court has created division within the local Islamic scholar community.

Prominent scholars Ali Zaid and Sheikh Hassan Moosa Fikry have called it a violation of Quran and Sunnah.

Meanwhile, the Supreme Council on Islamic Fatwa of Maldives has ruled that females cannot be judges in the country and that it is an act considered haram in Islam.