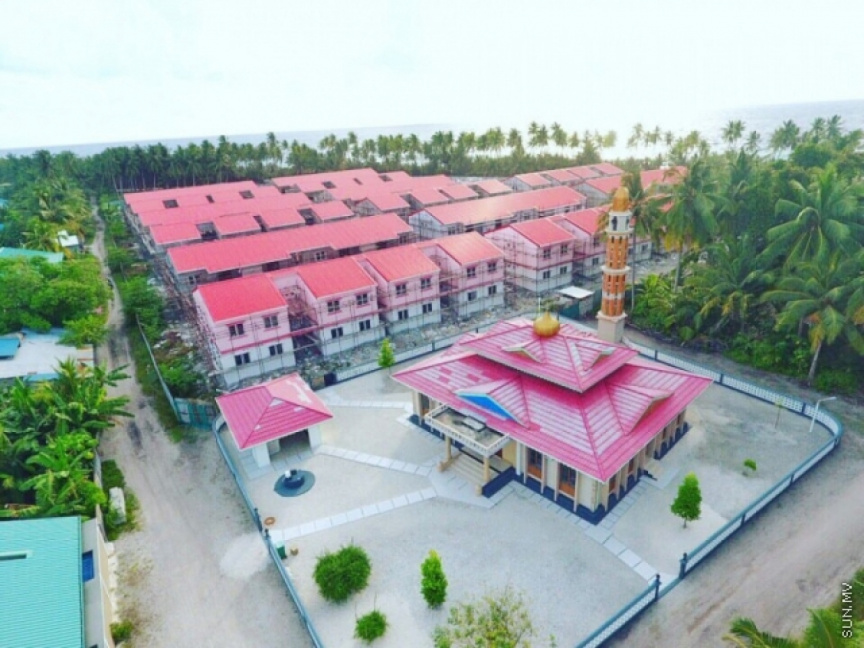 The flats constructed in Fuvahmulah City.

The government has stated that it will be accepting and clearing up any complaints and queries from the public regarding the flats built in Fuvahmulah city after the list of people who got flats from the scheme were published along with the points they gained.

The program named "Gedhoruverikuruvun" by the government has seen around 200 flats constructed in Fuvahmulah city. 120 of these flats were designated for natives from Fuvahmulah and the government stated that 138 applications were received for the flats.

Under the program, 20 flats were also designated for people wishing to migrate to Fuvahmulah and the government stated that it had received around 15 applications for these flats.

The Fuvahmulah city council stated that the list of people who qualified for the flats and gained points has been published and all queries regarding the point systems can be clarified until working hours ended on Tuesday, August 27.

The council also stated that the final list will be announced once any necessary amendments were brought to the list.

82 cases of mugging and robbery in nine days in Male'