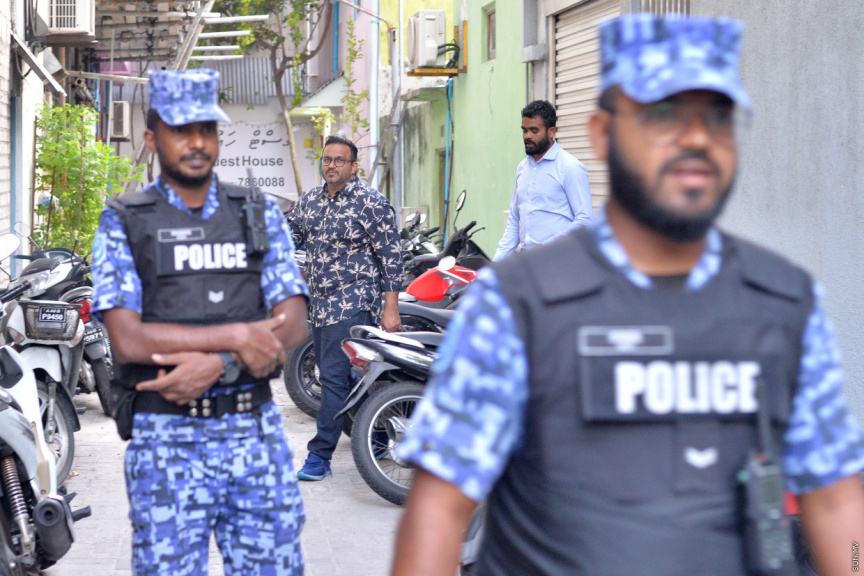 Adeeb was transported from jail to IGMH in Male’ City on Thursday, August 15.

A spokesperson from Maldives Correctional Service who spoke to Sun this Sunday says that the former VP is showing signs of improvement, and is currently under observation.

“Adeeb’s condition is fine. It’s not serious,” said the spokesperson.

He declined to disclose the nature of Adeeb’s illness.

Adeeb was ordered to jail pending the outcome of an appeal over his acquittal in an embezzlement case by the Supreme Court on Thursday, August 8.

The appeal was filed following the High Court’s decision to overturn an eight-year prison sentence issued against Adeeb by Criminal Court in 2016 for embezzling a USD 5 million bank cheque issued by Kuredu Holdings to Maldives Marketing and Public Relations Corporation (MMPRC) as acquisition cost to develop a resort in Lh. Maabinhura.

Adeeb was recently intercepted by Indian authorities at the Tuticorin Port in violation of an earlier travel ban imposed the Supreme Court pending the outcome of Maabinhura appeal proceedings.

The court, in its decision to grant the State’s request for Adeeb’s detention, referred to the escape attempt, and established there was enough grounds to presume he may make another attempt to evade authorities.

The court has ordered that Adeeb be detained at a remand facility pending the outcome of the appeal proceedings, or until the court orders otherwise.

Travel ban on captain of tugboat in Adeeb's escape