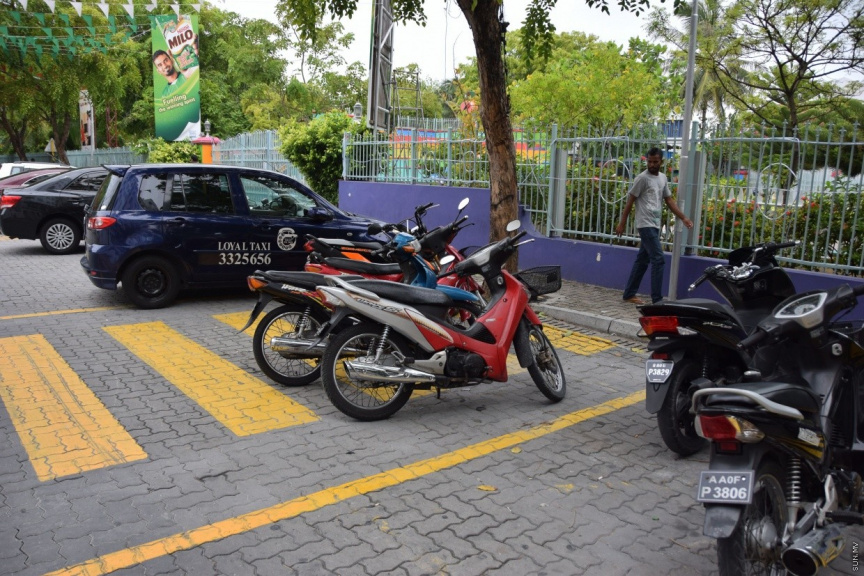 The rate of issuance of parking violation stickers dropped by a significant 90 percent over last week.

Records released by the Traffic Management Department of Maldives Police Service this Sunday shows 44 vehicles were issued parking stickers for illegal parking within the Greater Male’ Area from August 10 to August 16.

The figure is a 90 percent drop compared to the 473 parking stickers issued the previous week.

One factor which is believed to have contributed to the drop is the large volume of Male’ City residents who travelled out of the capital city for the Eid al-Adha holiday.

Transport Minister Aishath Nahula was summoned to the Parliament for questioning regarding the issuance of parking stickers ahead of the Eid holiday, on August 7.

Speaking in response to questions, Nahula said that the police have been instructed to issue parking stickers only for illegally parked vehicles which cause a public nuisance.

The number of vehicles which were towed by the police also show a significant drop over the holiday. Only one vehicle was towed the past week, compared to the 102 vehicles towed the previous week.

31 accidents, and injuries to eight people were recorded in the Greater Male’ Area the past week. Authorities suspended the license of one driver in connection to the accidents.

The traffic police conducted 123 spot checks the past week.

One driver was penalized for over speeding, four for wearing the headset or speaking over the phone while driving, and six for failure to wear a helmet.