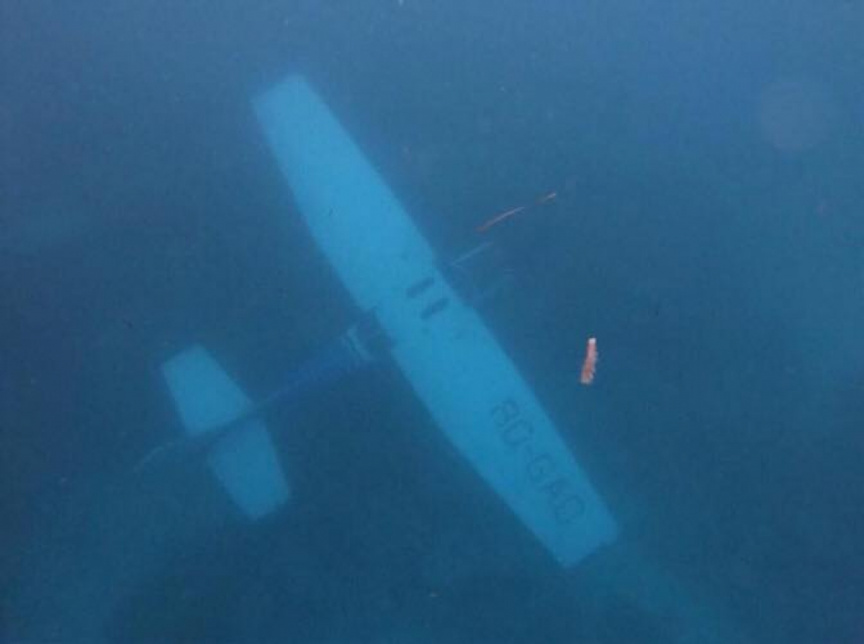 It has been revealed that the airplane of the Asian Academy of Aeronautics that crashed into the sea yesterday in Addu Atoll was forced to make an emergency crash landing into the sea after its engine had failed.

This information was divulged by some students of the flying school after the aircraft landed into the sea near Shangri-La Villingili Resort, that the aircraft had suffered an engine failure while it was airborne that forced the pilot on board to make a hard landing into the ocean.

Initial information disseminated by the authorities reported of a plane crash into the sea near Shangri-La Villingili Resort yesterday around 1630 hrs.

However, a source told "Sun" that the facts of the case were spread wrongly. The source said that it was a successful crash landing into the ocean--the pilots on board followed the procedures in case of an engine failure while airborne, which is to try and land in the closest body of water if the aircraft is unable to reach a runway.

"Crashing an aircraft and crash landing an aircraft successfully are two very different things. The aircraft's engine failed while it was airborne and since it had no chance of reaching the runway, the pilots on board decided to crash land into the water," said the person who spoke to "Sun" regarding the matter.

The aircraft that crashed was a Cessna training aircraft that had an instructor pilot and a student on board. Neither suffered any injuries from the incident and both were rescued from a diving boat that was in the area.

The aircraft that suffered the engine failure yesterday also was involved in another incident in 2015. The plane crashed onto the runway of Gan International Airport during a landing in 2015. However, miraculously no one on board suffered any severe injuries from that incident in 2015 as well.