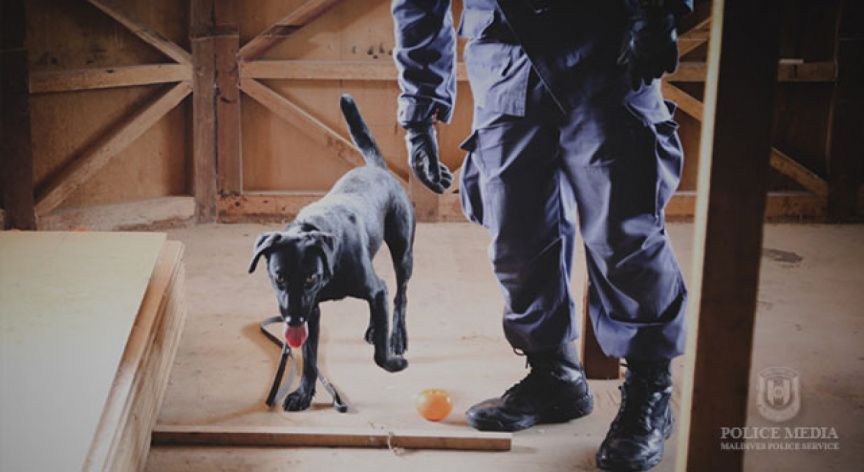 Photo from an operation by police against drugs: One foreigner was arrested yesterday suspected drugs were found in her luggage while a man was later arrested in connection with the case.

Two foreigners have been arrested after trying to smuggle in two kilos of drugs into the Maldives.

The operation by the Drug Enforcement Department saw a 35-year-old Costa Rican woman and a 42-year-old Singapore man arrested.

The Costa Rican woman was arrested yesterday evening after arriving on a flight from Doha around 4:26 pm at Velana International Airport. She was detained after a customs luggage check revealed four rubber packets and a bag containing suspected drugs among her luggage.

The Singaporean man was arrested in connection with the case at a guesthouse in Hulhumale' around 10:35 later that night.

Police have stated that the Drug Enforcement Department is investigating case now.