Lawyer: An additional detention order is against due process 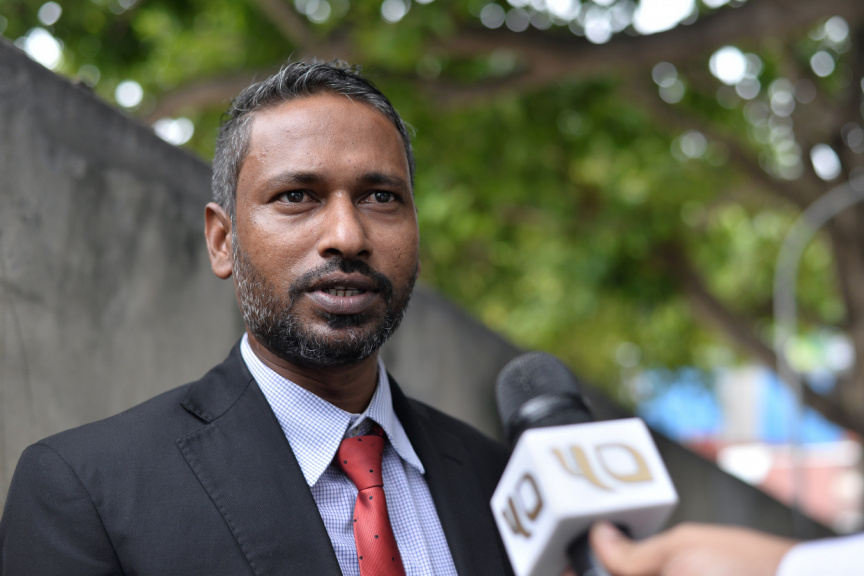 Former Vice President Ahmed Adeeb's lawyer Ismail Mahufooz has criticized the the Prosecutor General's  request for an additonal detention order on Adeeb stating that the Supreme Court cannot order his client's detention while he was already under a detention order of 15 days.

The Criminal Court of Maldives had ordered Adeeb's detention for 15 days after he was caught trying to flee the Maldives to India on a tugboat. The Supreme Court's decision comes regarding the corruption case of Lh. Maabinhuraa that arose from the MMPRC scandal and ordered the detention of Adeeb until the end of his appeal hearings.

The state has now sent a letter to the Supreme Court, clearing up its mistake.

"The state submitted the case and now it is sending a separate letter saying they had made a grave mistake. They know that the state cannot ask the Supreme Court to detain Adeeb due to his attempted escape in a case regarding the MMPRC Corruption scandal," said Adeeb's lawyer Ismail Mahufooz.

"What we are all aware of is that Adeeb is in an inescapable detention even now. And if the Supreme Court orders his detention, it goes against court procedures and due process for two courts to decide on the detention of Adeeb.

Mahufooz also shared his concerns with the condition of Adeeb's cell.

"Adeeb is being kept in a cell that receives direct sunlight from morning till 2 in the afternoon. I would also like to note that the size and condition of the cell are inhumane," said Mahufooz. Mahufooz stated that Adeeb should be kept under house arrest and noted the fact that the High Court and Supreme Court had previously ordered so.