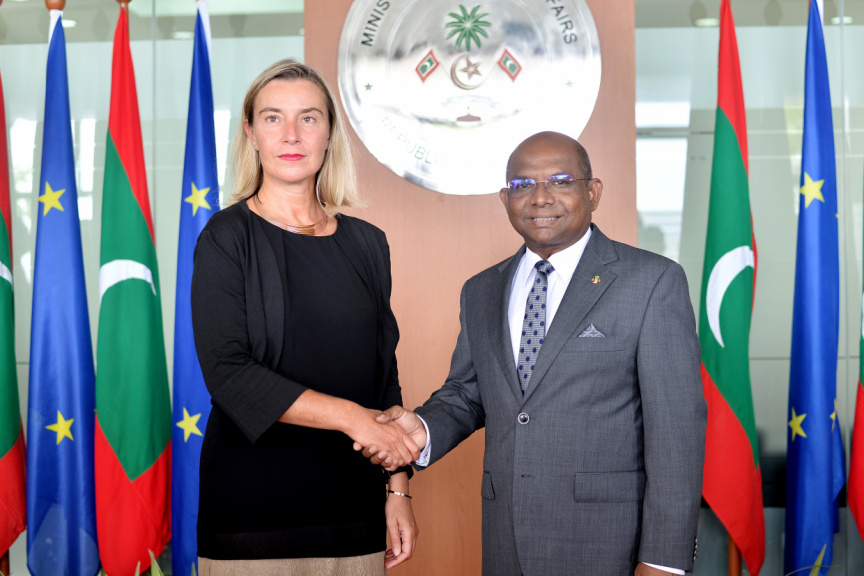 European Union's High Representative of the Union for Foreign Affairs and Security Policy and European Commission's Vice President Federica Mogherini has arrived in the Maldives.

Federica Mogherini has already visited President Ibrahim Mohamed Solih and Foreign Minister Abdulla Shahid during this trip and is scheduled to address the parliament today. Although this is not an official parliament session, the government has invited diplomats and political leaders to attend her speech at the parliament.

Federica Mogherini who has previously served as the Foreign Minister of Italy is also scheduled to speak with reporters and journalists today. She has also served as an MP in Italy and also as an EU council member.

Lawyer: SC detention order is against due process