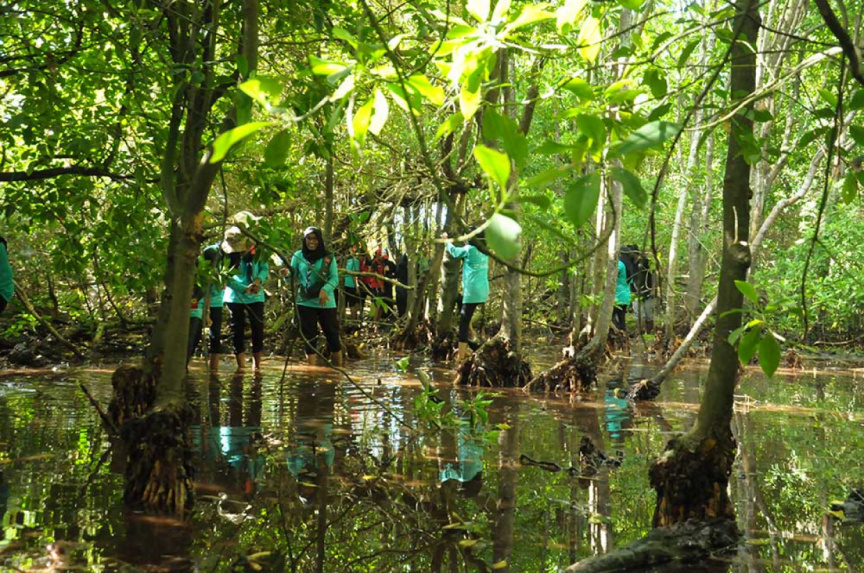 A protected area of the Maldives, B. Olhugiri. (Photo/Eydhafushi Times)

The Green Fund which collects taxes charged in the form of Green Tax from tourism establishments throughout the country has MVR 305.6 million according to the statistics released by the Finance Ministry.

The statistics released by the Finance Ministry every month showed that by the end of June the fund had received MVR 458.9 million and around MVR 153.3 million was spent on different projects throughout the country, leaving around MVR 305.6 million in the fund.

The statistics show that projects initiated with funds from the Green Fund cost MVR 37.74 million. The biggest project funded from the Green Fund was the water plant and storage tank installed in Alif Alif atoll Rasdhoo, which cost around MVR 7.5 million. The next biggest expenditure was on projects aimed at providing clean drinking water and safe waste disposal projects in different parts of the country. These projects cost MVR 7.03 million.

The collection of Green tax was first started in 2015 and collects USD 6 from every tourist who spends their holiday at a resort. In 2016, a tax amount of USD 3 was started to collect from guesthouse tourists as well.

While the state gained MVR 458.89 million as Green Tax, it amounts to 5.2 percent of the total income of the state.

Projects under MVR 5m to be run by councils