Maguire becomes most expensive defender with move to United 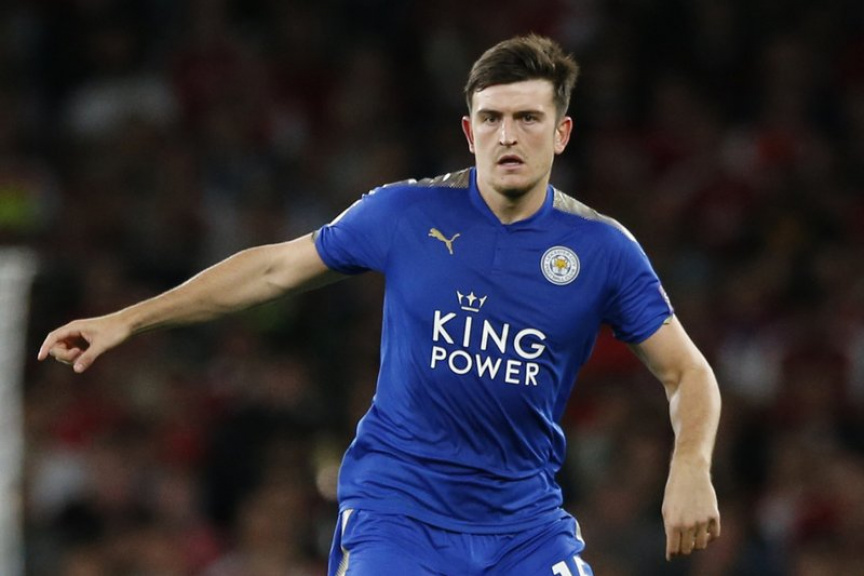 A person with knowledge of the deal says Manchester United is set to break the world transfer record for a defender after agreeing to pay 80 million pounds ($97 million) to sign Harry Maguire from Leicester. The person spoke on condition of anonymity because the transfer is yet to be finalized. (AP Photo/Alastair Grant, File)

MANCHESTER, England (AP) — Manchester United made Harry Maguire the world’s most expensive defender on Monday, signing him from Leicester for around $100 million.

United said the 26-year-old center back signed a six-year contract with an option for a further season.

A person with knowledge of the deal said Friday that United had struck a deal with Leicester to pay 80 million pounds ($97 million) for Maguire. The person spoke on condition of anonymity because the financial details are not being disclosed.

“He is a great reader of the game and has a strong presence on the pitch,” United manager Ole Gunnar Solskjaer said, “with the ability to remain calm under pressure, coupled with his composure on the ball and a huge presence in both boxes, I can see he will fit well into this group both on and off the pitch.”

The fee eclipses the deals for Matthijs de Ligt to leave Ajax for Juventus last month for 75 million euros (then $85 million), and for Virgil van Dijk to join Liverpool from Southampton for up to 75 million pounds in January 2018.

United is trying to return to the Champions League after finishing sixth in the Premier League last season. United, which opens the campaign on Sunday against Chelsea, hasn’t won the league since Alex Ferguson’s last season in charge in 2013.

Jose Mourinho won the Europa League and League Cup in 2017 but left last year after a drop in form, leading to Solskjaer’s hiring.

“I think we’ve got to start winning trophies again and that’s something the gaffer (manager) wants to bring to the club,” Maguire said, “and his winning mentality as well, which will help all the boys.

“It’s something that I’m sure him and his staff will all try to bring to the club and we’re all looking forward to it.”

Leicester will be receiving 80 million pounds two years after paying around a fifth of that fee to sign Maguire from Hull.

Man U striker Marcus Rashford to have shoulder surgery