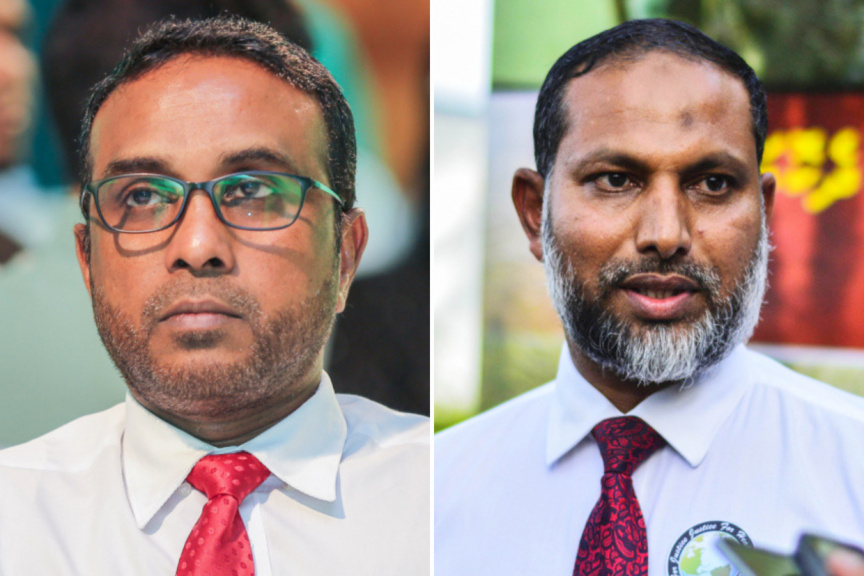 Luthfee resigned from ACC in face of an impending no-confidence vote against him at the Parliament over his months of absence from work.

In an exclusive interview to SanguTV last Saturday evening, Luthfee said that his absence from work hadn’t been voluntary, but that he was forced to avoid work and move abroad in face of threats and acts of coercion.

He said that his resignation, too, had been forced.

“Home Minister Imran threated that he could even frame me [for a crime] and arrest me. He said that he could arrest me by framing me if he wanted. That’s exactly what he said,” said Luthfee.

He said that he faced additional threats after he attended work a week later.

“He called from Aarah and threatened me saying ‘aren’t you attending work again?’. And I received more threats through unknown sources after that. I can’t say who exactly ordered it. I got calls on my phone and received death threats,” said Luthfee.

Though Luthfee voiced serious allegations against the Home Minister, he did not specify Imran’s motivation behind his alleged actions.

Luthfee said he never filed a report with any institution over the threats because he wasn’t sure he would receive justice.

Home Minister Imran did not immediately respond for a comment regarding Luthfee’s allegations.

Luthfee was appointed to the ACC on October 13, 2010. His resignation - one year short of a decade of service at the commission – came amid allegations both he and the ACC itself was politically influenced to overlook acts of corruption and embezzlement which took place during former President Abdulla Yameen Abdul Gayoom’s administration.

Luthfee went on annual leave on February 10, 2019 and never reported back to work. He had, however, regularly withdrawn his salary.

The Independent Institutions Committee of the Parliament made its decision to call for a no-confidence vote to impeach Luthfee on June 25; he mailed his resignation letter to the President’s Office the same day.

His letter, however, was rejected as it had been missing his signature.

He sent a second resignation letter to the President’s Office on July 3.