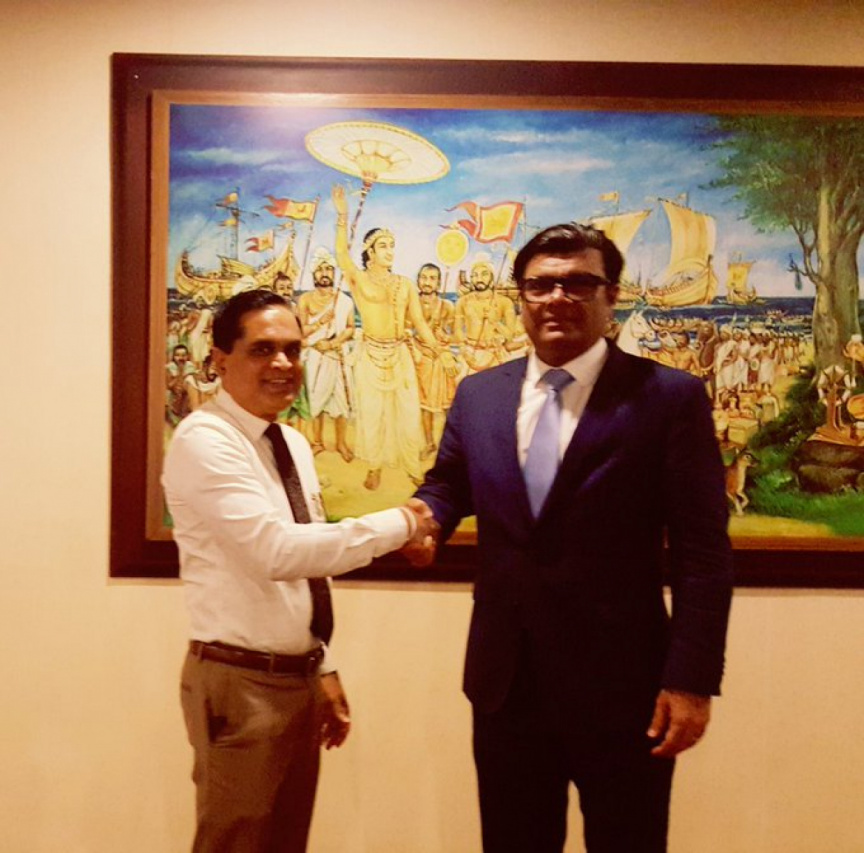 Maldivian Ambassador to Sri Lanka, Umar Abdul Razzaq has engaged in discussions with the Sri Lankan Immigration to ease visa issues faced by Maldivians who reside in Sri Lanka.

The discussions were held in a meeting between Ambassador Umar and Controller General of Sri Lankan Immigration and Emigration, R.N.P.S.D Basnayake on Friday.

Neighboring Sri Lanka tightened its security following the Easter bombings in April. The tightened security encompasses immigration controls, and led to an increase in complaints over difficulties in visa extensions and issuance for Maldivian students and their families in Sri Lanka.

The state of emergency announced in Sri Lanka in April remains in place, and the country’s immigration policies remain strict.

According to the Maldivian Foreign Affairs Ministry, Controller General of Immigration, Basanayake, during his meeting with Ambassador Umar, promised to work on easing visa proceedings for Maldivians.

The discussions between Ambassador Umar and Minister Rauff Hakeem focused on educational opportunities for Maldivian students in Sri Lankan universities, especially in the field of medicine.

Sri Lanka hosts a large population of Maldivian citizens who reside in the country for education and employment. It is also a popular destination for Maldivian tourists and business owners.