Dubai ruler, princess in London court over welfare of kids 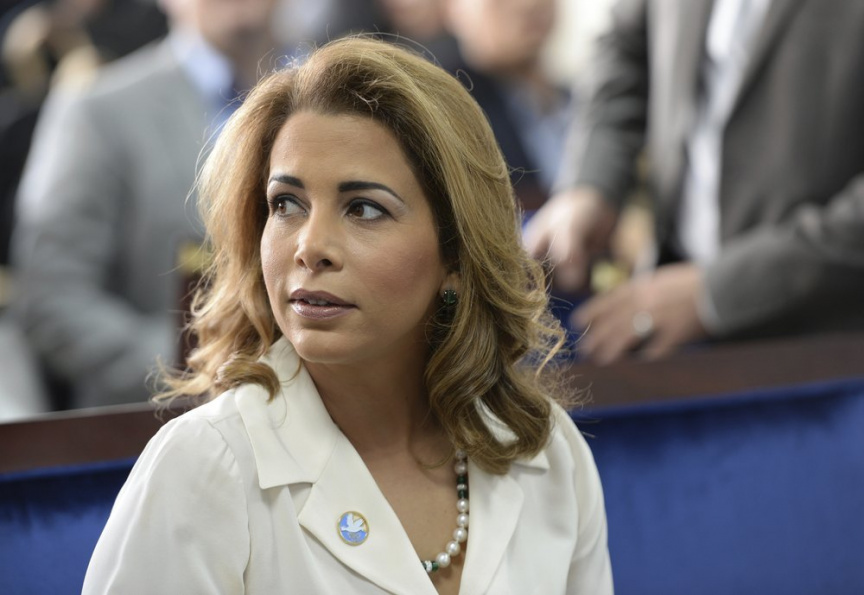 In this Sunday, Jan 17, 2016 file photo, Princess Haya bint al-Hussein, the wife of the Prime Minister of the UAE and Ruler of Dubai, waits for United Nations Secretary-General Ban Ki-moon to arrive for a press conference in Dubai, United Arab Emirates. (AP Photo/Martin Dokoupil, file)

LONDON (AP) — The estranged wife of Dubai’s ruler applied for protective orders in a British court Tuesday using laws intended to safeguard victims of forced marriages and domestic abuse, while the sheikh’s lawyers requested that their two children be quickly returned to Dubai.

Princess Haya, who is Sheikh Mohammed’s sixth wife and the daughter of the late King Hussein of Jordan, reportedly fled Dubai earlier this year.

Family court Judge Andrew McFarlane rejected a request from Sheikh Mohammed’s lawyers to have details about the protective orders subject to reporting restrictions.

“There is a public interest in the public understanding, in very broad terms, proceedings that are before the court,” he said.

The clash between Sheikh Mohammed and Princess Haya is the latest sign of trouble in Dubai’s ruling family. Last year, a daughter of Sheikh Mohammed tried to flee Dubai after appearing in a 40-minute video saying she had been imprisoned.

Sheikh Mohammed, who turned 70 earlier this month, is also the founder of the successful Godolphin horse racing stable and last month received a trophy from Queen Elizabeth II after one of his horses won a race at Royal Ascot.

He was not present at the hearing Tuesday.