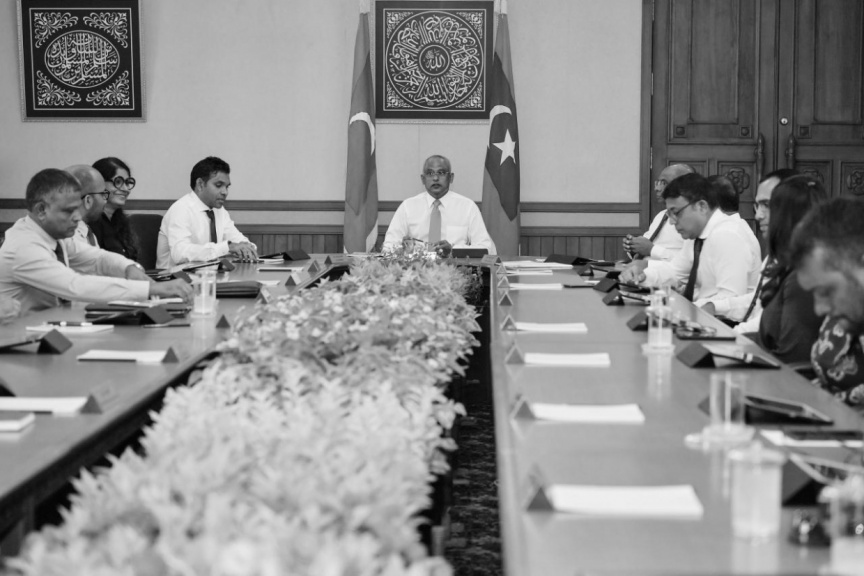 A meeting of President Solih's cabinet: The issue of PCB's dysfunction has been huge. Photo/ President's Office)

A recommendation by the State-Owned Enterprises committee (SOE) of the parliament to dismiss the government’s Privatization and Corporatization Board (PCB) members has been submitted to President Ibrahim Mohamed Solih after its review of the board was published in a report.

The review conducted by the SOE committee of the parliament found a lack of efficiency of the PCB in its responsibilities and has led to its decision to advise the president on the current board's dismissal in the report presented on Thursday. The report recommends the dismissal of the current members and appointment of a fresh new board to be ratified by the parliament under the powers given to the president in The Privatization and Corporatization Act.

The current PCB was created under the previous administration of President Yameen and while the regulations of PCB require the seven members on the board, currently there are only five. The former administration also did not send the list of board members to the parliament for verification and ratification.

The current board members of the PCB are:

The SOE committee report also highlights the fact that recommendation to dismiss the current board comes on the heels of a statement by the Auditor General stating that the current PCB board has not followed up on its responsibilities to the extent stated in the law and that this was one of the biggest factors also noticed in the SOE committee’s review as well.

The report found that the PCB board was not competent in its work in monitoring companies, conducting surveys and overseeing loan procedures as well as preventing unlawful conduct carried out by companies. Moreover, it also found that the PCB did not conduct reviews of how companies were operating and also failed to set out an outline of guidelines and regulations and thus resulted in the SOE’s recommendation that the current board was not capable of carrying out its responsibilities

The report also noted that a mandatory report that should be published every six months regarding the work of the PCB was not published and the budget to carry out the operations of PCB effectively was not set out by the Finance Ministry.

The president’s office has not so far commented on how it will proceed with the report.

Privatization and Corporatization Board

Privatization and Corporatization Board