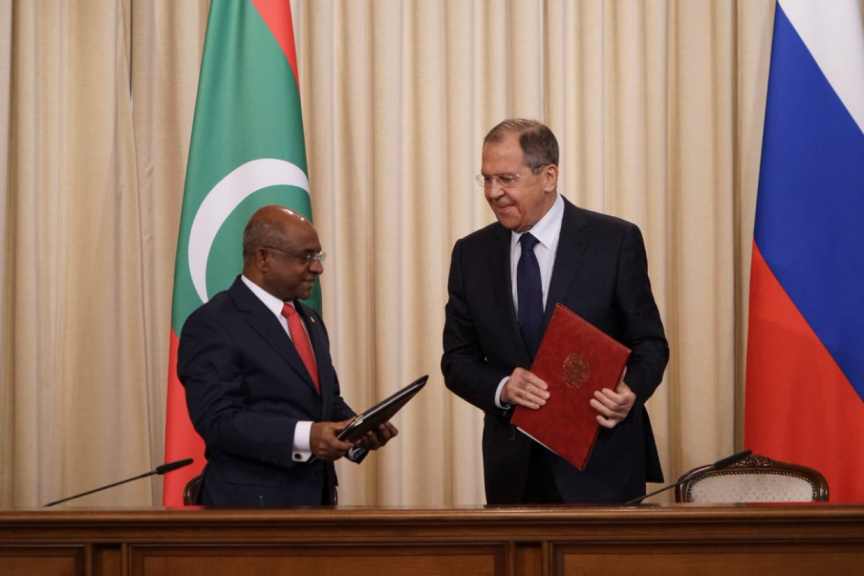 Signing ceremony of the 90 day visa agreement between Maldives and Russia. (Photo/Foreign Ministry)

An agreement that was signed between Maldives and Russia which will allow Maldivians to travel to Russia without visa has officially come into effect.

Signed during the Foreign Minister Mr. Abdulla Shahid’s official trip to Russia last month, it will allow citizens from both countries to travel and stay in the other country as tourists under an on-arrival visa. Russian Foreign Ministry has stated that it will start to implement the agreement from today.

However, the Foreign Ministry stated that this visa was extended only for tourists and those who are travelling for study and work purposes, a visa is is still required just as before. This agreement is expected to ease the burden on Maldivians traveling to Russia as tourists who previously had to apply for a visa long before.

Russia is an important tourist market for the Maldives with around 38,000 Russian tourists recorded as arrivals from Russia. Russian Foreign Ministry has informed that a visit by the Tourism Minister, Mr. Ali Waheed has been scheduled for September, to boost the tourism industry and hold other discussions as well.