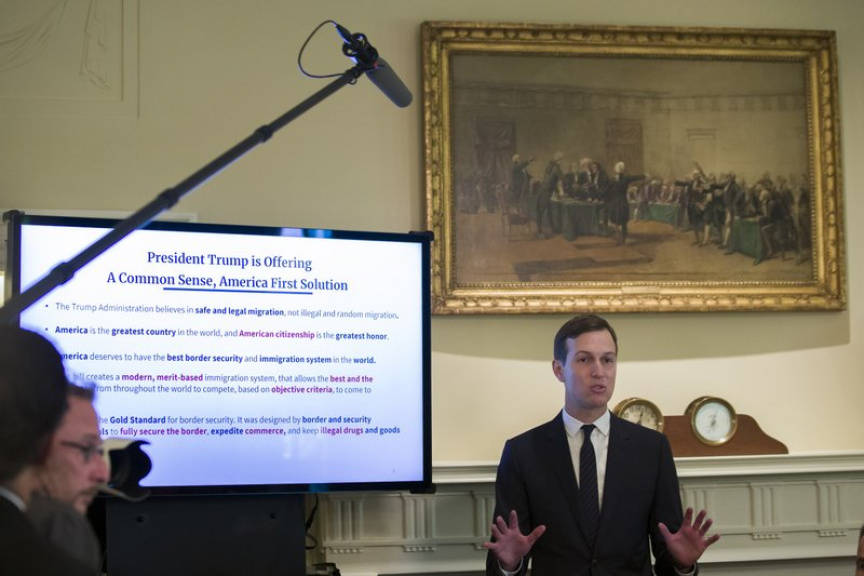 White House Senior Adviser Jared Kushner speaks about border security to President Donald Trump and others during a Cabinet meeting in the Cabinet Room of the White House, Tuesday, July 16, 2019, in Washington. (AP Photo/Alex Brandon)

AMMAN, Jordan (AP) — Jordan’s king is standing by a two-state solution to the Israeli-Palestinian conflict ahead of a meeting in Amman with White House’s Mideast adviser Jared Kushner.

King Abdullah II met on Wednesday with Palestinian President Mahmoud Abbas and restated his position that the creation of a Palestinian state with east Jerusalem as its capital is the only way to end the conflict.

Kushner will be returning to the Middle East this week to promote the Trump administration’s economic peace plan for the Palestinians. He outlined the plan’s ambitious investment and development goals at a conference in Bahrain last month.

The U.S. under President Donald Trump has refused to endorse a two-state solution as part of Trump’s undisclosed “Deal of the Century” and has slashed aid and support for the Palestinians.