PG: 800 addicts waiting for rehabilitation due to lack of space 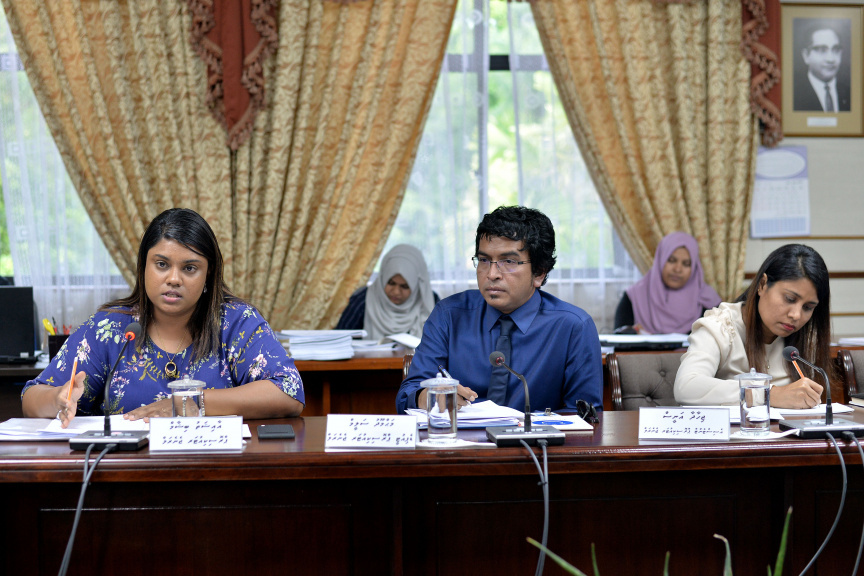 The Prosecutor General (L) was answering the questions of the Judiciary Committee of the Parliament. (Photo/ Parliament)

Prosecutor general (PG) Aishath Bishama has stated that more than 800 people ordered for rehabilitation by courts have been released.

The PG was answering to the questions of Parliament’s Judiciary Committee on Monday when she stated so and raised concerns that there are alarming issues in the criminal justice system.

“Most of these 800 addicts have been released into the community and this results in community issues and the repetition of offenses from these addicts.” Said PG Bisham. The PG also estimated that the number of people on the waitlist for rehabilitation was going to increase to a thousand in the coming few months.

PG Bisham also voiced her disapproval for not utilizing the recent amendment brought to the law where a drug addict could be sent abroad for rehabilitative treatment on behalf of the government. She also stated that the courts do not follow the time limits set in the criminal procedure and that it takes years for the courts to get to cases. She took the example of the case of Ibthihaal who was brutally murdered by his mother, a case submitted to court nearly three years ago.

“There are many unfinished cases still waiting, ranging from drug trafficking, murder, and child abuse. We have tried to bring this to the attention of the Supreme Court and have sent 120 letters to try and speed things up.” Said Bisham.

These were just a few of the many concerns raised by the Prosecutor General during her meeting with the Judiciary Committee of the Parliament.