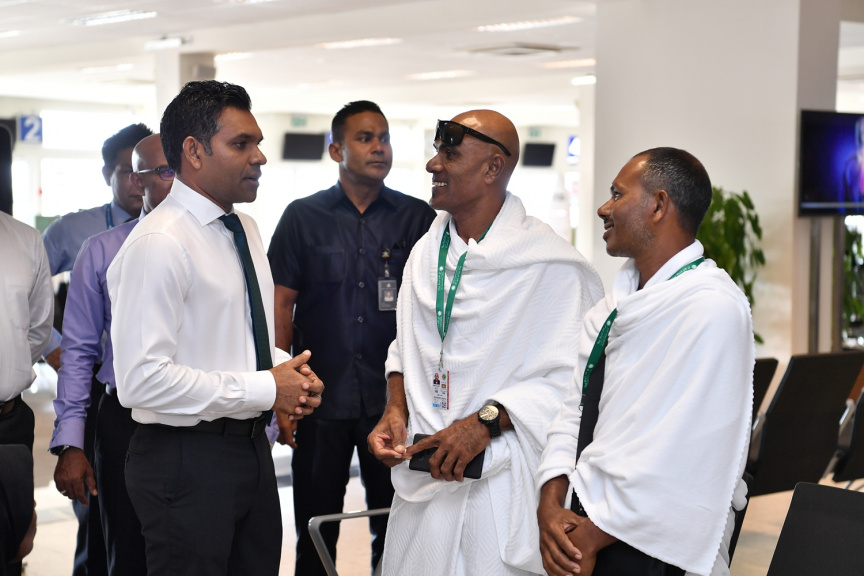 The first batch of Maldivian Hajj pilgrims who will embark of the holy pilgrimage this year have departed for Saudi Arabia.

Total 2,000 Maldivians will embark on the holy pilgrimage this year.

The first batch to depart for Saudi Arabia were 84 pilgrims under the charge of Zaee Group.

The pilgrims were seen off at the airport by Vice President Faisal Naseem and Islamic Minister Dr. Ahmed Zahir this Sunday.

The government has made arrangements for free bus transport for pilgrims, and their family and loved ones who wish to see them off at the airport.

Maldives will not be sending pilgrims for Hajj