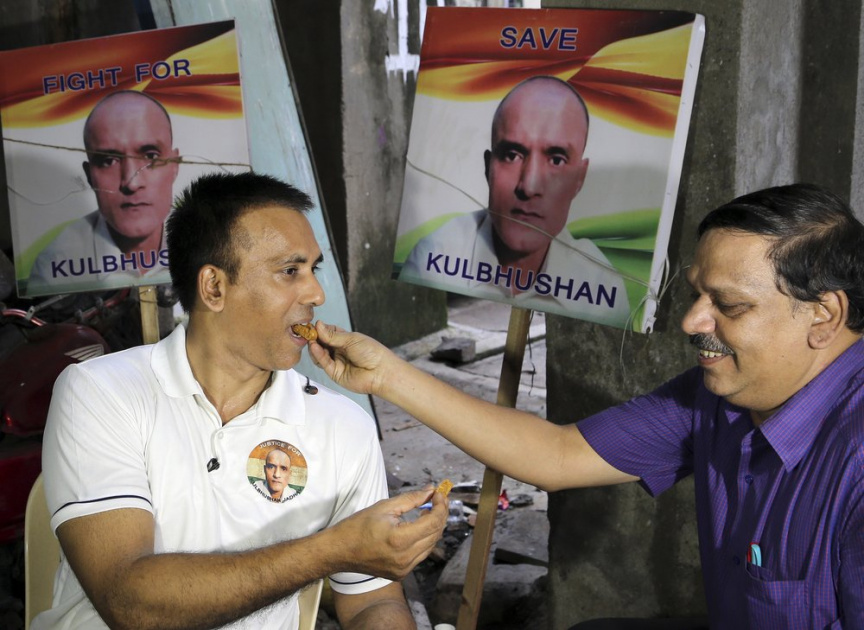 THE HAGUE, Netherlands (AP) — The United Nations’ highest court ordered Pakistan on Wednesday to stay the execution of an alleged Indian spy and undertake a full review of his case, after agreeing with India’s contention the man’s rights had been violated in a case that has been a source of friction between the nuclear neighbors.

International Court of Justice President Abdulqawi Ahmed Yusuf said the panel of judges found 15-1 that Pakistan violated international law by not providing Kulbhushan Jadhav access to consular assistance or the ability to choose his own defense attorney.

Jadhav was arrested by Pakistan in 2016 after allegedly entering the country from Iran, and convicted of espionage and sabotage by a Pakistani military tribunal and sentenced to death in 2017.

India had denied that Jadhav was a spy and asked the world court to order his release, arguing his rights were violated in breach of an international treaty.

The court rejected Pakistan’s contention that Jadhav wasn’t entitled to those rights, as “an individual suspected of espionage.”

It did not, however, order Jadhav’s return to India or annul the military court’s decision as India had wanted.

Pakistan and India are bitter regional rivals that have fought three wars since gaining independence from Britain in 1947. The nuclear-armed countries each claim the Himalayan territory of Kashmir, and their forces regularly exchange fire there despite a 2003 cease-fire.

Both sides claimed victory after the court’s judgment.

“This is a clear, clear win for Pakistan,” Pakistani Attorney General Anwar Mansoor Khan told reporters outside the courtroom. “Pakistan has in fact been very clear from the outset that they will consider the review and reconsideration.”

“Truth and justice have prevailed,” Modi said. “Congratulations to the ICJ for a verdict based on extensive study of facts. I am sure Kulbhushan Jadhav will get justice.”

As a remedy to the rights violations, the U.N. court ordered Pakistan to “take all measures to provide for effective review and reconsideration including, if necessary, by enacting appropriate legislation.”

Yusuf said it was up to Pakistan how to carry out the case’s review but that “the right of defense of the accused should receive close scrutiny.”

“The review and reconsideration of the conviction and sentence of Mr. Jadhav, in order to be effective, must ensure that full weight is given to the effect of the violation of the rights” in international conventions, Yusuf said.

As the case was being considered, the U.N. court had ordered Pakistan not to execute Jadhav, and extended that to now include Islamabad’s review of the case.

“The court considers that a continued stay of execution constitutes an indispensable condition for the effective review and reconsideration of the conviction and sentence of Mr. Jadhav,” Yusuf said.

“This landmark judgment validates India’s position on this matter fully,” Kumar said. “We will continue to work vigorously for Jadhav’s early release and return to India.”

Pakistan’s Foreign Ministry reiterated it believes “this is a clear care of Indian state terrorism,” but indicated it would comply with the court’s decision.

India and Pakistan routinely accuse each other of harboring terrorists.

“Pakistan, as a responsible member of the International community, upheld its commitment from the very beginning of the case by appearing before the honorable court for the provisional measures hearing despite a very short notice,” the ministry said in a written statement. “Having heard the judgment, Pakistan will now proceed as per law.”