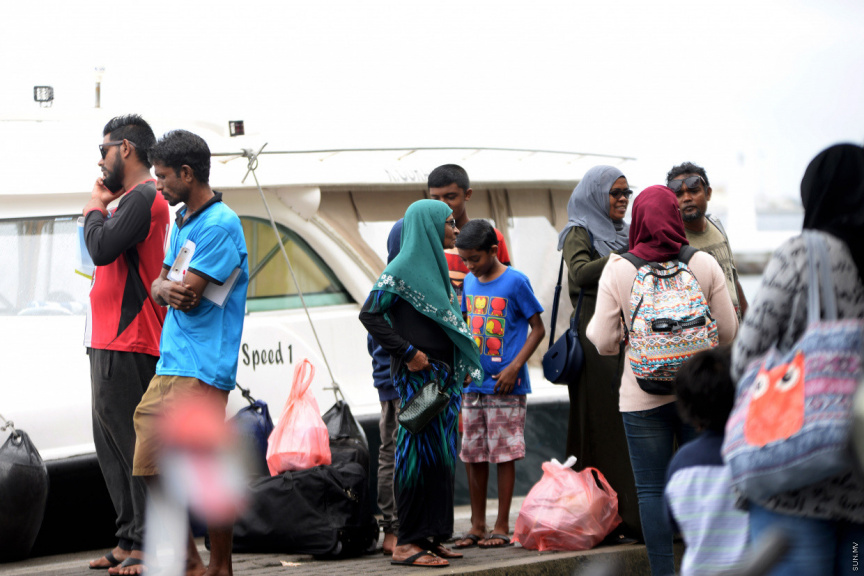 Families wait to board speedboats out of Male' City during Eid al-Fitr. (File Photo/Sun/Ahmed Awshan Ilyas)

The decision will result in an extension to both the Independence Day holiday and the Eid al-Adha holiday this year.

This year’s Independence Day, observed on July 26, falls on a Friday.

President’s Office reports the President made his decision to declare Sunday, July 28, a public holiday, for the convenience of the large number of students, civil servants and public sector staff who will be taking part in official Independence Day festivities.

The President has also declared Thursday, August 15 as a public holiday, to allow the Eid al-Adha holiday, which falls on Sunday, August 11, to continue uninterrupted for students, civil servants and public sector staff who wish to travel and visit their families and friends during the holiday.

The decision means students, civil servants and public sector staff will receive a nine-day holiday during Eid, given the weekend which falls ahead of, and after the Eid.