Sealife: Yameen given USD 15,000, has nothing to do with a project 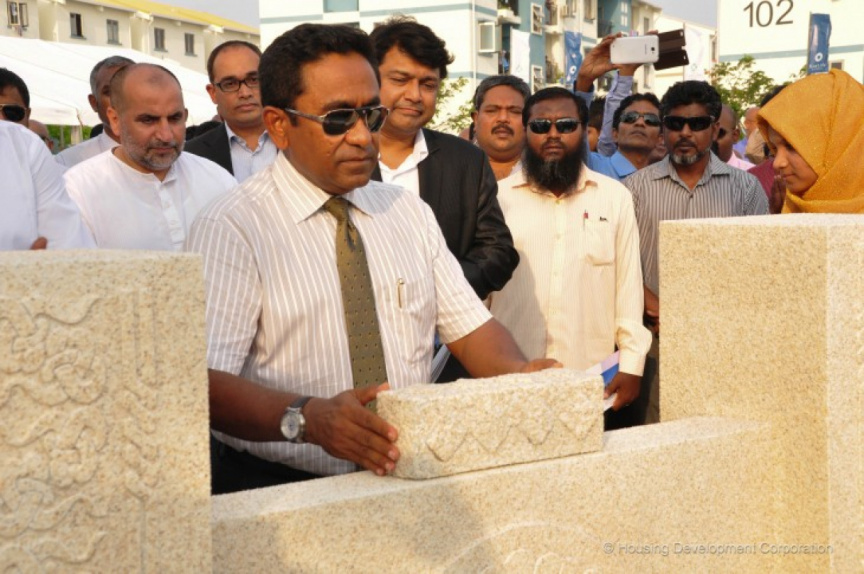 Sealife Maldives says it deposited USD 15,000 (MVR 231,300) to one of former Maldivian President Ahmed Adeeb Abdul Gafoor’s bank accounts, but that the money did not have anything to go with any project.

Speaking to ‘Sun’ a senior official from Sealife Maldives reported the company made the USD 15,000 deposit to Yameen’s bank account in 2014 at the request of the company’s Managing Director Mohamed Ahmed Moosa (Ammaty). The official said the money was reimbursement for maintenance of one of Ammaty’s cars at Yameen’s expense on multiple occasions.

He said the deposit was payment for a private business transaction long before Yameen assumed office.

The contract for the SeaLife Complex project between Sealife Global and Housing Development Corporation (HDC) was signed in March, 2014. The foundation for the project was laid by Yameen.

The cumulative total of the down payments collected by Sealife is estimated to be upwards of MVR 14 million.

The case is under investigation by the Economic Crime Department of Maldives Police Service, the Anti-Corruption Commission (ACC), and is also the subject of the biggest class-action lawsuit in Maldivian history.

An Interpol red notice has been issued against Ammaty in connection with the case.

Speaking at a press conference this July, President Ibrahim Mohamed Solih said the government was in the middle of negotiations with Sealife remedy the issue.

He said Sealife has proposed reimbursing the down payments using the advance payment made to HDC for the project, and relaunching the project.

Solih said the government was currently carrying out a legal review of the proposal.

Sealife lays the blame for suspension of the housing project at HDC’s feet. The company says HDC failed to honor its contract.

Anti-Corruption Commission (ACC), on July 9, announced that its investigators had uncovered evidence funds from three government projects may have been diverted to Yameen’s bank accounts.

Sealife was issued land for the housing project in Hulhumale’ as compensation for annulment of the contract to build luxury villas in V. Thinadhoo during former President Mohamed Nasheed’s presidency. The project was launched with permission from the Economic Council at the President’s Office during Yameen’s presidency.