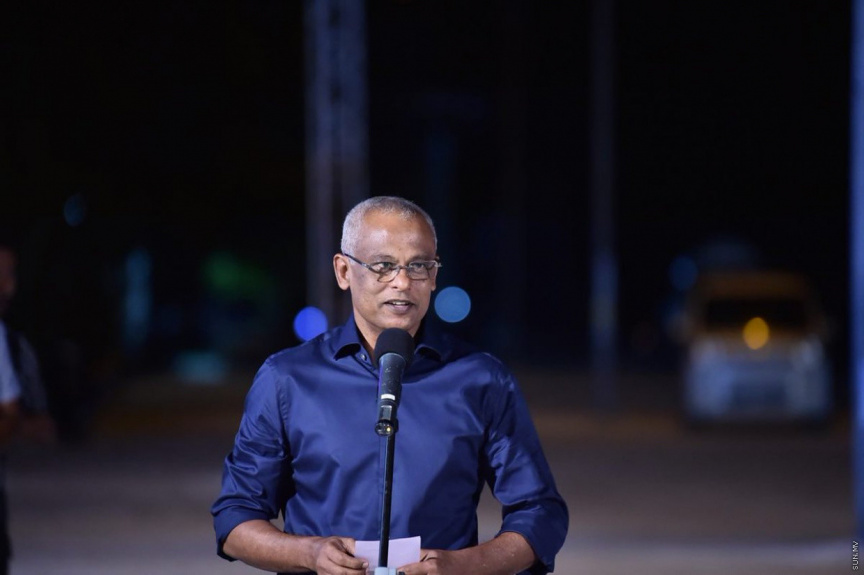 The Maldivian government has announced it envisions demerging Maldives Industrial Fisheries Company (MIFCO) from State Trading Organization (STO) once the company becomes profitable, and demerging and running Kooddoo Fisheries and Felivaru as subsidiaries of MIFCO.

In face of mounting debt, MIFCO was merged into the State’s largest company, STO, in September, 2016.

“At present, Kooddoo cannot survive on its own if its demerged. But we will, In Sha Allah, improve the companies and bring the structural changes once it has the capacity to survive on its own. This is our vision,” said Solih.

The President did not go into details regarding the government’s plans during last Friday’s session.

Chief of Staff of the President’s Office, Ali Zahir confirmed to ‘Sun’ this Saturday that it is the current administration’s plan to demerge Kooddoo and Felivaru.

“The government envisions running Kooddoo and Felivaru as separate entities. But it will not happen now. It will happen once MIFCO becomes profitable,” said Ali Zahir.

Speaking at the session, STO’s Managing Director, Hussain Amr Mohamed Rashad said the company has so far incurred MVR 450 million in losses due to its merger with MIFCO.

He said the decision for the merger was made not out of want, but out of necessity due to MIFCO’s bankruptcy.

President Solih said the government will bring about major structural changes to MIFCO and make it profitable by end of this year.