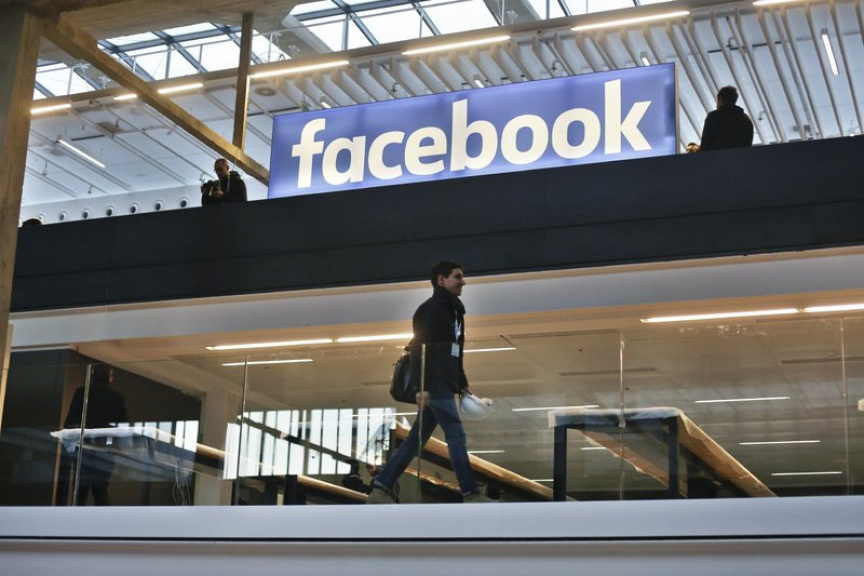 In this Jan. 17, 2017, file photo, the Facebook logo is displayed in a start-up companies gathering at Paris' Station F. (AP Photo/Thibault Camus, File)

WASHINGTON (AP) — The White House is launching an investigation into France’s proposed tax on internet giants like Google, Amazon and Facebook — a move that could lead to U.S. taxes on French imports.

Lighthizer’s agency will investigate the tax under Section 301 of the Trade Act of 1974 — the same provision the Trump administration used last year to probe China’s technology policies, leading to tariffs on $250 billion worth of Chinese imports.

The bill aims to stop multinationals from avoiding taxes by setting up headquarters in low-tax EU countries. Currently, the companies pay nearly no tax in countries where they have large sales like France.

The tax primarily targets those that use consumers’ data to sell online advertising. The French Finance Ministry has estimated that the tax would raise about 500 million euros annually ($563 million) at first — but predicted that collections would rise “quickly.”

The tech industry warns it could lead to higher costs for consumers. The levy could affect U.S. companies including Airbnb and Uber as well as those from China and Europe.

Bob Atkinson, president of the Information Technology and Innovation Foundation, issued a statement welcoming Lighthizer’s investigation. “Digital services taxes are an ill-disguised effort to target companies that are thought to be too powerful, too profitable, and too American,” Atkinson said.

The administration also got some bipartisan support from the top members of the Senate Finance Committee. In a joint statement, Republican Chuck Grassley of Iowa, committee chairman, and Democrat Ron Wyden of Oregon said: “The digital services tax that France and other European countries are pursuing is clearly protectionist and unfairly targets American companies in a way that will cost U.S. jobs and harm American workers.”

Trump, Macron make show as besties but tussle over Iran