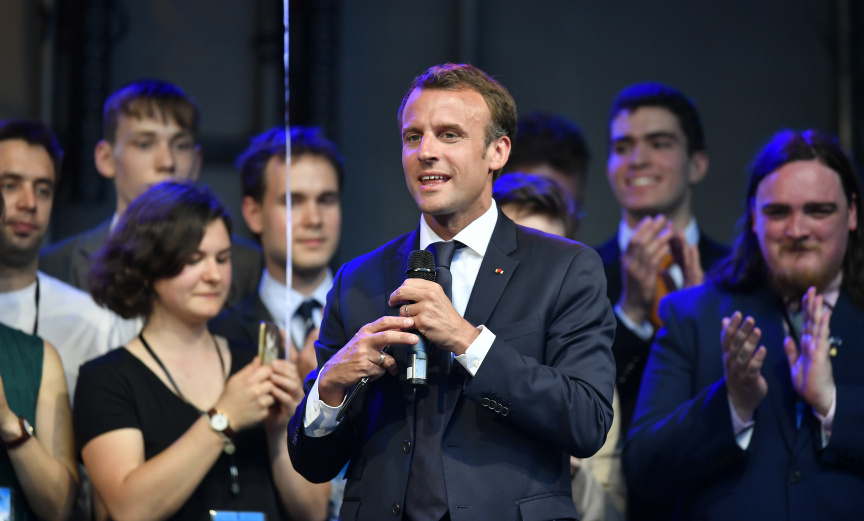 French president Emmanuel Macron talks in front of participants of the Charlemagne Youth Prize on the podium of a European Feast in Aachen, Germany, Wednesday, May 9, 2018. (AP Photo/Martin Meissner)

PARIS (AP) — French President Emmanuel Macron has called his friend and ally U.S. President Donald Trump to say he's very worried about tensions in the Middle East, after Trump's decision to withdraw from the Iran nuclear accord.

Macron and Trump also discussed trade issues. European governments are scrambling to save billions of dollars in trade with Iran that resumed thanks to the 2015 accord.

In addition, France and the EU are pressing Washington for exemption from Trump's steel and aluminum tariffs.

Trump, Macron make show as besties but tussle over Iran