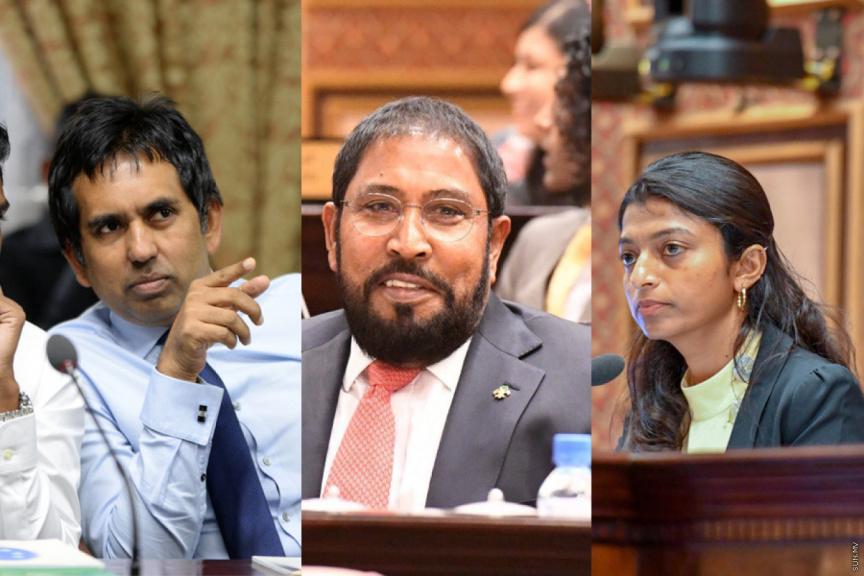 The treaty between Maldives and India for mutual legal assistance in criminal matters is unfairly advantageous to India and should not be passed by the Parliament, says Qasim Ibrahim, the leader of government coalition party Jumhoory Party (JP).

The Cabinet gave its go ahead to the treaty in February. But the Constitution requires parliamentary approval before an international treaty can be implemented.

The Independent Institutions Committee provided its approval to the treaty following evaluation and presented its recommendation to the parliamentary floor this Monday.

Speaking at the debate, Qasim, who is a member of the Independent Institutions Committee, said he did not approve of the treaty, and said it would open room for India to take unfair advantage.

“This isn’t right. Please don’t. No parliamentarian should speak in support of this,” said Qasim.

He said the Maldives should revert back to its foreign policy during the presidencies of Maumoon Abdul Gayoom and Ibrahim Nasir.

He also objected to the fact that the 15-member Independent Institutions Committee made its decision to approve the treaty based on the vote of 5 members.

The committee took its vote on the treaty last week. Nine members attended the meeting, and the decision to approve the treaty and forward it to the parliamentary floor was made with the vote of five members.

Heated words were exchanged between Qasim and the Chairperson of the Independent Institutions Committee, Maradhoo MP Mohamed Shareef, during the committee evaluation of the treaty.

Saeed said the treaty would require disclosure of confidential business information of foreign investors. He warned that it will result in loss of trust by foreign investors and will adversely affect the Maldivian economy.

“I recommend a review of the scope of the agreement. Business and industry is the main pillar of the independence and sovereignty of a nation. And especially – ensuring a safe environment for investments,” said Saeed.

Saeed said the officials from Maldives Monetary Authority (MMA) who were summoned for questioning during the committee evaluation of the treaty, admitted it did not study the treaty.

Maldivian Democratic Party (MDP) parliamentarian Eva Abdulla said the treaty will not affect the independence and sovereignty of Maldives. She said India has similar treaties with over 30 countries. And that neither the banking sector, the economy, nor the sovereignty of the 30 countries were affected.

“This concern, in reality, is over investigation into embezzlement. Because of the attempt to find money launderers, drug traffickers, terrorism advocates. This is where their concern lies,” said Eva.

She said the treaty called for cooperation within the rule of both Maldivian and Indian law.

The treaty, if passed by the Parliament, will become the first such treaty to be signed by Maldives.

The Parliament is scheduled to vote on the treaty later this Monday.