14 sailors killed in submarine fire laid to rest in Russia 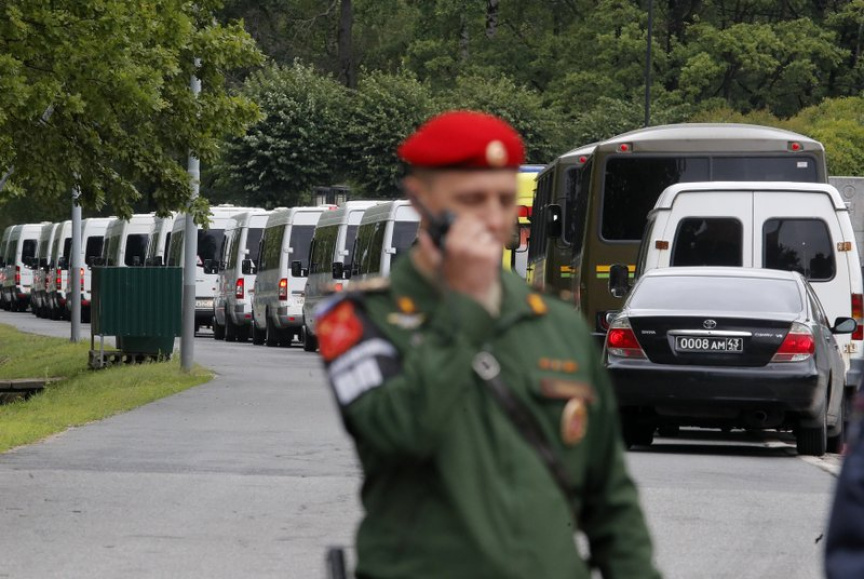 Buses carry bodies of the 14 crew members who died in a fire on a Russian navy's deep-sea research submersible, drive to the Serafimovskoye memorial cemetery during a funeral ceremony in St. Petersburg, Russia, Saturday, July 6, 2019. (AP Photo/Dmitri Lovetsky)

ST. PETERSBURG, Russia (AP) — The 14 Russian seamen who died in a fire on one of the navy’s research submersibles earlier this week were laid to rest in St. Petersburg on Saturday.

The sailors were killed in the blaze on the unnamed submarine in the Barents Sea on Monday. Officials withheld details of the tragedy, citing the utmost secrecy of the vessel’s mission.

The Defense Ministry said the sailors were killed by toxic fumes from the fire. Some others survived the fire but the military hasn’t said how many. Officials didn’t name the nuclear-powered vessel, but Russian media reported that it was Russia’s most secret submersible, the Losharik.

The 14 seamen were buried at a cemetery in St. Petersburg, which was cordoned off by the military. Media weren’t allowed to attend a vigil at the local church or the burial which was attended by top military officials and naval officers.

Journalists were able to visit the cemetery after the ceremony was over. The 14 fresh graves were dug out next to the resting places of some of the crewmembers of the Kursk submarine, which sank during naval maneuvers in 2000, killing all 118 seamen onboard in Russia’s worst submarine disaster.

Some of the relatives of the 14 seamen stayed on at the cemetery plot, putting up candles or sharing a moment of silence with friends and family.