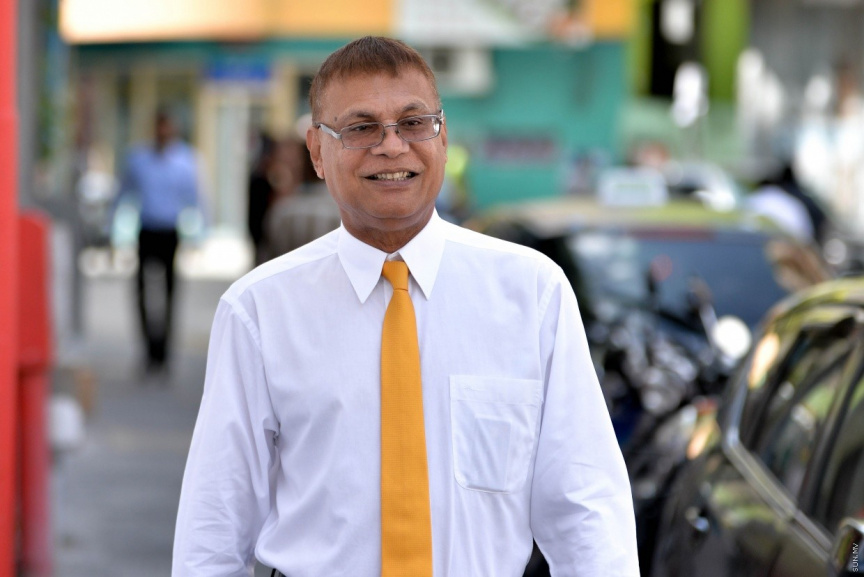 Maradhoo MP Ibrahim Shareef (Mavoata Shareef) has called for Abdulla Luthfee – the mastermind behind the terror plot of November 3, 1988 – to be issued a pardon.

Luthfee had been on the run since he was granted medical furlough to travel to Sri Lanka for medical treatment on January 16, 2010, but surrendered to officials at the Maldivian embassy in Colombo on May 1 amid security sweeps in the country following the Easter bombings on April 21.

Speaking during the debate on the emergency motion submitted by Maduvvari MP Adam Shareef Umar this Monday morning, MP Ibrahim Shareef said that Luthfee was now a 70-year-old man in poor health.

“He spent a long time in prison serving his sentence. I don’t think the Maldivian government should spend so much to extradite him here. He should be pardoned. One of his partners in the crime is currently free after having been pardoned or having served his sentence,” said Shareef.

Shareef said that he himself had been taken in by authorities for the investigation into the November 3 terror plot, and seen firsthand the cruelty Luthfee and others convicted of the crime had faced.

“I saw boots being pushed into his mouth. I saw his eyes being poked. I saw what they did to the others. How they handcuffed their hands to their backs and beat them. This is not hearsay. I, myself, was taken in for questioning,” said Shareef.

He said that Luthfee had suffered the same fate as imprisonment by being unable to return to his home country for so many years.

Shareef said that though Luthfee was being held accountable for the loss of 19 Maldivian lives during the terror attack, Luthfee himself had not killed anyone.

He said that though he had hired foreign mercenaries, his intention had been to overthrow former Maldivian President Maumoon Abdul Gayoom’s administration, and not to kill anyone.

“Why are we so obsessed with an elderly man of 70 years, someone who is sick, someone who suffers from cancer. This is the question,” said Shareef.

He said that he appealed for Luthfee to be pardoned.

“Issuing him a pardon by taking into consideration the time he spent serving his sentence in prison, the time remaining on his sentence, how he was sentenced, and all this, is the best and most honorable option,” said Shareef.

Shareef said he did not believe a person should be forever condemned for a crime he committed. He said that he did not understand why “everyone is sleepless and thinks his extradition is this country’s biggest priority”.

'I did not propose any amendment regarding immigration'