MNDF promises answers on disappearance of crocodile at Kudakudhinge Bageecha 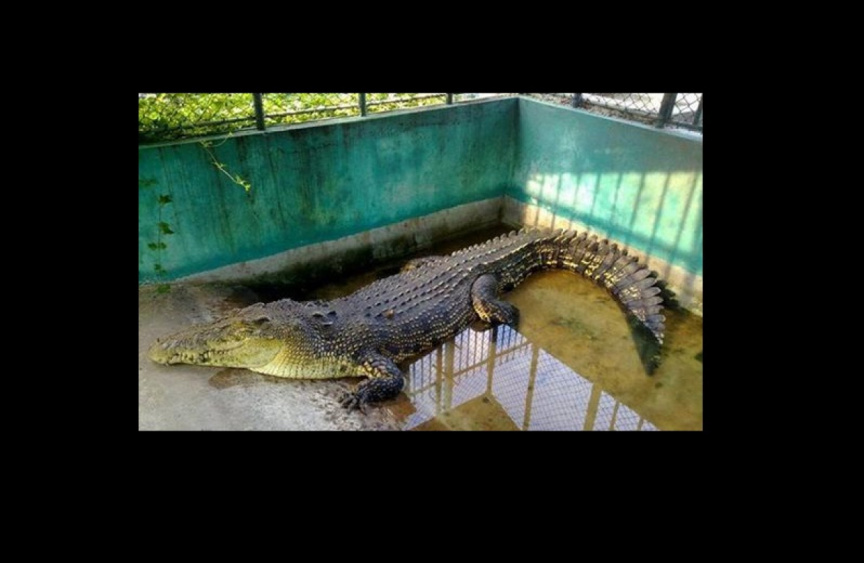 File photo of the crocodile at Kudakudhinge Bageecha. (File Photo)

Maldives National Defense Force (MNDF) has pledged to investigate the case of the saltwater crocodile which had been the star attraction at the children’s park, Kudakudhinge Bageecha, for years, until its mysterious disappearance.

In response to a question by a reporter during a press conference by senior officials of MNDF this Saturday morning, Vice Chief of Defense Force, Brigadier-General Abdul Raheem Abdul Latheef said that he himself was not privy to what happened to the crocodile despite being under the employ of MNDF even then.

He said that the MNDF will investigate the case and provide an answer to the public.

“Since this is an internal issue, we will investigate this. We will provide an answer to the press after we conduct an investigation,” said the Vice Chief.

MNDF, in 2015, said that the crocodile had been “moved to a safer place”. It did not say why the crocodile was being moved, or to where it was moved.

The crocodile was found in the lagoon of Vilimale’ some 20 years ago.