VP: Migrants shouldn’t be left to fill posts the youth are capable of filling 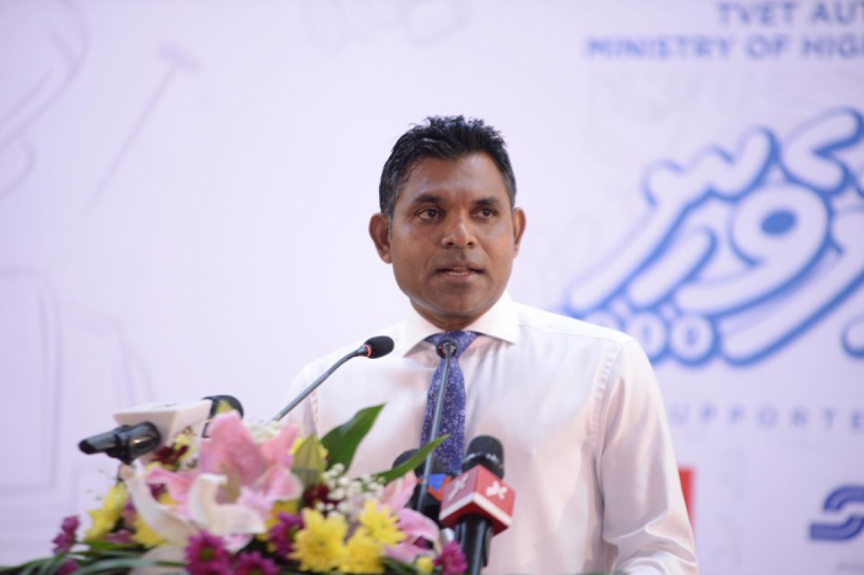 Vice President at the inauguration of the skill show, Hunaruveni 2019, at Dharubaaruge on June 23, 2019. (Photo/Sun/Fayaz Moosa)

Faisal made the remark at the inauguration of the skill show, Hunaruveni 2019, held at Dharubaaruge this Sunday morning.

In his speech, Faisal urged more young men and women to choose careers in skill-based industries.

“Every nation develops with assistance of foreigners. Of migrant workers. But we shouldn’t let migrants do work which our youth are more than capable of doing. It’s detrimental to this country’s life, this country’s development,” said Faisal.

He said that the lack of interest among the youth for skill-based work posed a major challenge.

Faisal said that the blame for lack of youth employment in specific areas of work did not lay solely on the shoulders of the new generation.

He said that the Maldivian administration, too, needed to be accountable where it was due, and pressed on the need to put more effort into human resource development.

The VP pledges to do more in the way of developing and promoting the skills and crafts across the country.

Hunaruveni 2019, organized by Technical and Vocational Training (TVET) Authority, will continue at Dharubaaruge until Monday evening.