Jabir indebted to the State by over MVR 1 billion 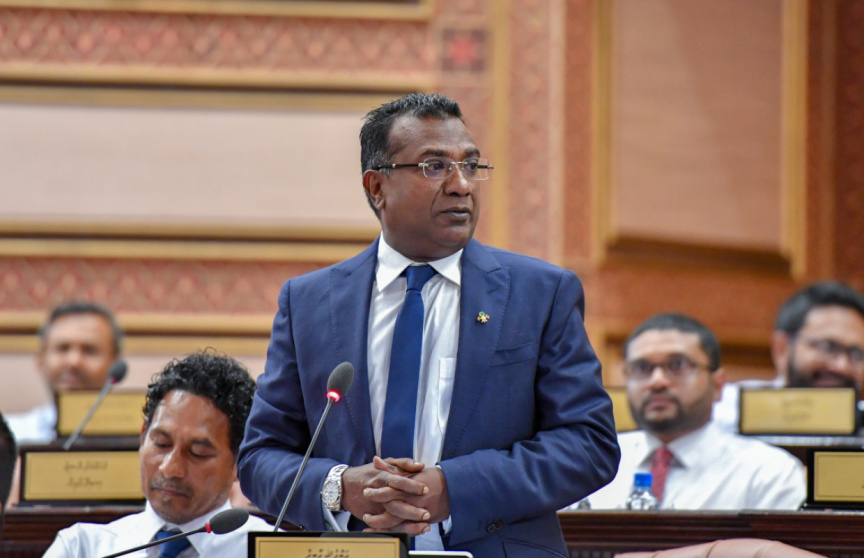 Kaashidhoo MP Abdulla Jabir is indebted to the State by approximately MVR 1.5 billion, reports sources from within the government.

‘Sun’ was able to confirm through reliable sources that Jabir owes approximately MVR 440 million in unpaid lease payments and fines for G. A. Vatevarreha – which was leased to him for resort development.

‘Sun’ was also able to confirm he also owes an additional MVR 1 billion in lease payments and fines for J Resort Alidhoo.

Multiple sources from within the Maldivian government, including senior officials from Tourism Ministry, confirm Jabir currently owes the State an estimated MVR 1.5 billion.

The outspoken parliamentarian has recently been very critical of the current government - which he had played a key role in bringing to power.

The State has previously penalized Jabir’s J Hotels and Tours for failure to make its lease payments with suspension of its license for operation.

Tourism Ministry recently lifted the suspension on licenses of six resorts which was held for failure to make lease payments. The decision was made under the condition the resorts clear the unpaid lease payments and fines within one year.

Minister of Tourism, Ali Waheed says the government isn’t in negotiations for a concessional agreement with Jabir to repay the debt owed by his resorts.

Such an allegation or rumor is false, he confirmed.