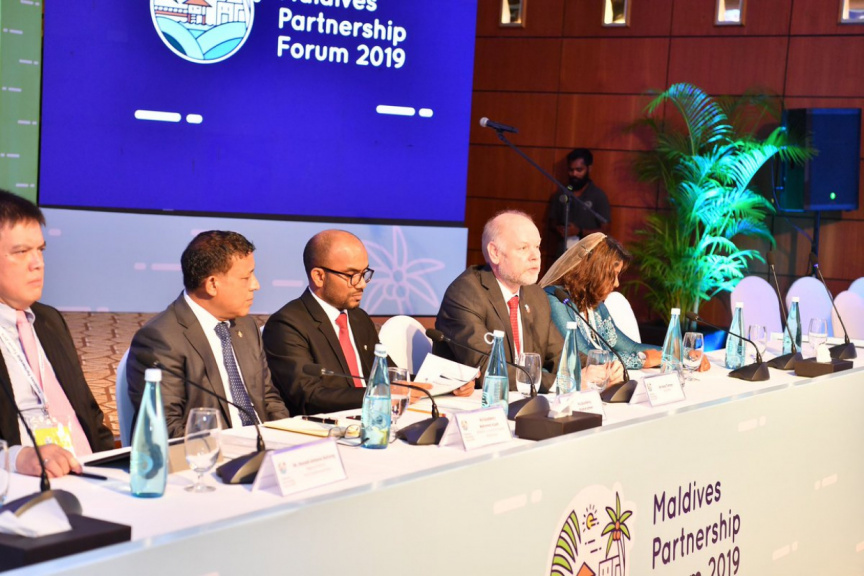 Minister of National Planning and Infrastructure Ahmed Aslam states that the aim of the government is to develop an airport within 20 minutes distance of each island.

While presenting a presentation in the ongoing Maldives Partnership Forum, Minister Aslam stated that the government is working on developing the domestic transportation of the country.

The government proposed plans to develop the transportation network of the country to connect the islands. Proposals for regional airports and ferry services were also included in the plans.

The Minister also expressed that the geographical nature of the Maldives makes it strenuous to provide all the islands with equally developed facilities. He said that the plan is to connect the islands through transportation to fully develop the islands.

Delegate from Kuwait stated that Kuwait will aid the Ministry’s plan to connect the Maldivian islands through transportation when Minister Aslam expressed the need of foreign aid in developing the domestic transportation. Kuwait Fund is aiding Maldives in different development projects at the moment as well.