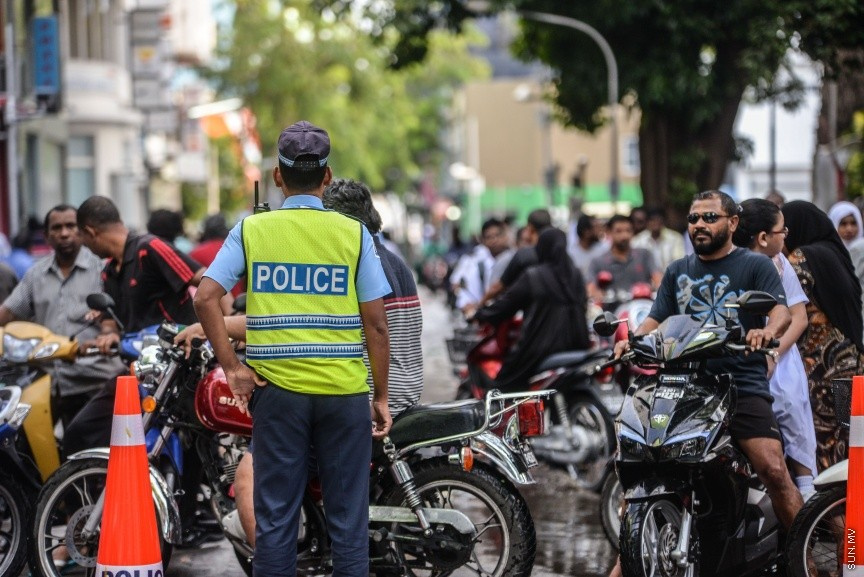 An officer of Traffic Police on a road in Male' City on 14 January 2018. (Sun Photo/Fayaz Moosa)

Statistics of Maldives Police Service shows that parking violation stickers were pasted on nearly thousand vehicles for parking against the traffic regulations of parking.

The statistics shows that police have pasted parking violation stickers on 978 vehicles over the past week, for parking against the traffic regulations for parking.

With the 987 vehicles on which stickers were issued, the state would receive half a million Maldivian Rufiya, if fines were collected at a rate of MVR 500 per vehicle. The fine is to paid to the Maldives Inland Revenue Authority (MIRA).

Furthermore, the statistics released by the Traffic Management Department of Maldives Police Service show that 486 vehicles from the Male area were stopped and searched by police. They say a total of 84 individuals from these vehicles were license holders but did not have their permit with them while driving. Additionally, 143 riders were individuals who do not hold an official permit.

During this time three individuals were stopped for not wearing the helmet in the zone that helmets have to be worn. Eighteen cases of driving while on phone and using the headset were also noted during this period.