Over 400 complaints of corruption, 18 cases sent to ACC for probes 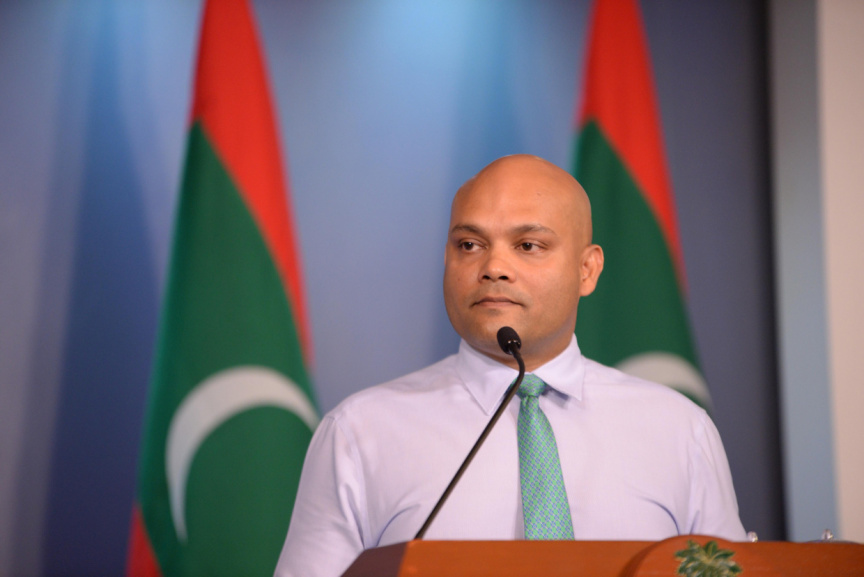 President's Spokesperson, Ibrahim Hood speaks during a press conference regarding the Zero Tolerance to Corruption Campaign at the President's Office on June 13, 2019. (Photo/Sun/Fayaz Moosa)

Over 400 complaints of corruption within State institutions have been filed via the whistleblower online portal established by President’s Office.

President’s Office launched its Zero Tolerance to Corruption campaign, along with the whistleblower portal to file anonymous complaints regarding corruption within State institutions on February 12.

Speaking during a press conference this Thursday morning, President’s Spokesperson, Ibrahim Hood announced that the whistleblower portal has received over 400 complaints so far.

18 substantial cases have been sent to the Anti-Corruption Commission (ACC) for investigation.

“We have received some 400 cases so far. Questionable 18 cases have been sent to ACC with the request for further investigation,” said Hood.

He said that the cases submitted to the whistleblower platform are reviewing by presidential action committee established to advice the President.

“They reviewed the cases and found 18 questionable cases. These 18 cases have been sent for further investigation. The rest of the cases were assessed to less substantive and will not be pursued,” said Hood.

"Norm for judges on leave to preside over hearings"