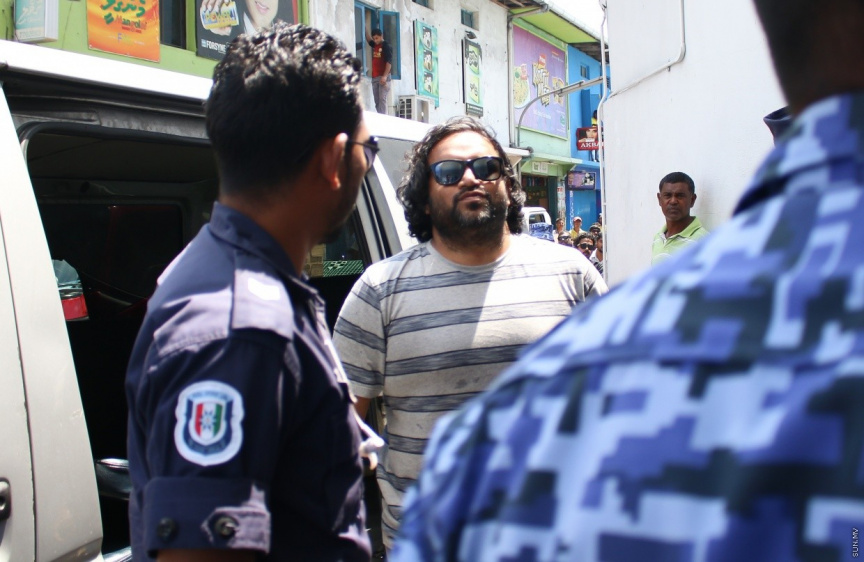 Former Vice President Ahmed Adeeb would be sent overseas with the accompaniment of Maldives Police Services and Maldives Correctional Services officers to obtain the medical attention he requires.

Correctional Services, according to their medical board, gave Adeeb approval to go overseas to get the medical attention he needed last Tuesday.

Adeeb's wife, Mariyam Nashwa tweeted that Adeeb is going overseas with guidance from three doctors to receive Glaucoma treatment. She said that while the present government attempted to provide him with the medical assistance required by bringing an eye specialist from overseas to IGMH, he also advised Adeeb to get the treatment overseas.

While expressing appreciation to the government for giving Adeeb the opportunity to go overseas and get the required treatment, Nashwa, said that during this trip, Adeeb would be doing an operation on his retina and get screened for cancer.

Adeeb was transferred to conditional house arrest on November 27, 2018 to recuperate following emergency surgery at the Indira Gandhi Memorial Hospital (IGMH) to remove kidney stones on November 19, 2018. He was transferred back to Maafushi Prison by Maldives Correctional Services on January 2, 2019, citing violation of the conditions for his house arrest.

Adeeb is currently serving a 15-day prison sentence for contempt of court under house arrest on medical grounds.

Last Tuesday, Adeeb was summoned for questioning by the President's Murder and Enforced Disappearance Investigation Commission to take his statement on the accusations against him.

Citizens show their disapproval and worries about sending Adeeb overseas.